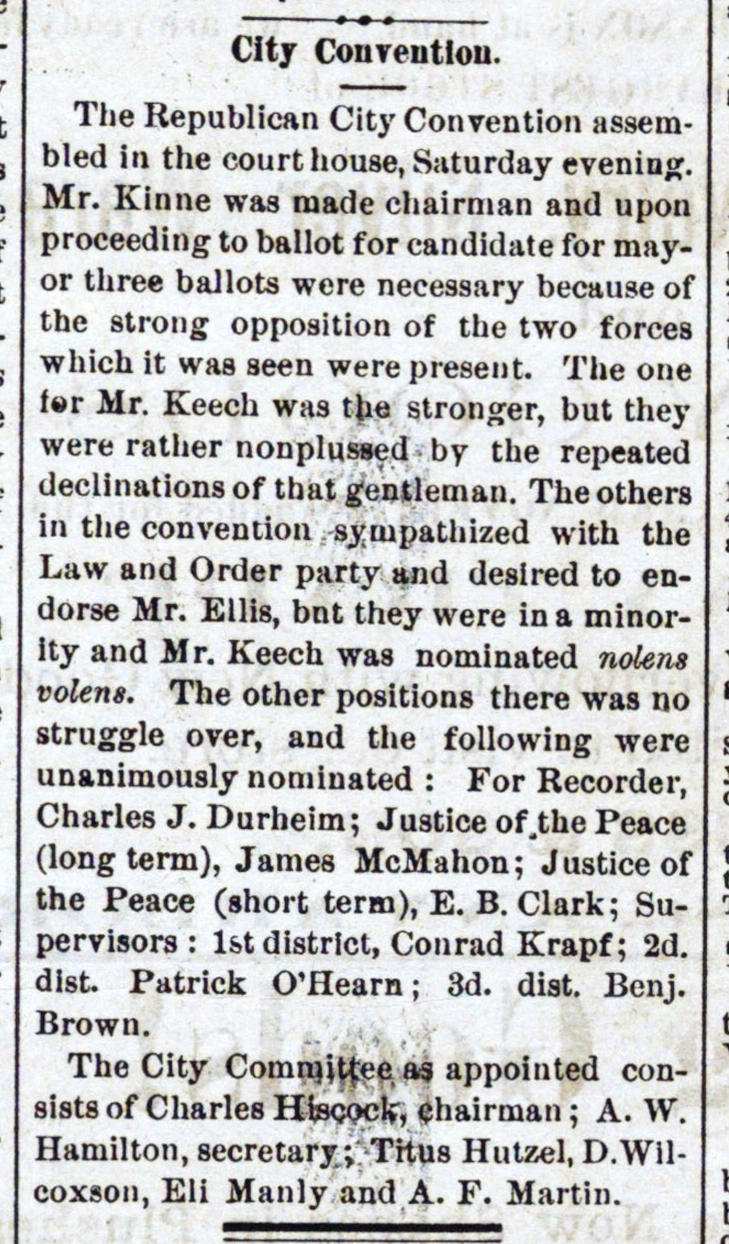 The Republican City Convention assembied iit the court house, Saturday evening. Mr. Kinne was made chairman and upon proceeding to ballot for candidate for mayor three ballots were necessary because of the strong opposition of the two forces which it was seen were present. The otie fr Mr. Keech was the stronger, but they were rather nonplussed by the repeated declinations of tbat gentleman. The others in the convention sympathized with the Law and Order party and deslred to endorse Mr. Ellis, bnt they were in a minority and Mr. Keech was nominated nolens volens. The other positions there was no struggle over, and the following were unanimously nominated : For Recorder, Charles J. Durheim; Justice of.the Peace (long term), James McMahon; Justice of the Peace (short term), E. B. Clark; Supervisors : lst district, Conrad Erapf; 2d. dist. Patrick O'Hearn ; 3d. dist. Benj. Brown. The City Commjeeas appointed consists of Charles Hfecqcly, chainmiii ; A. W. Hamilton, secretar.; TKus Hutzel, D.Wilcoxson, Eli Manly and A. F. Martin.