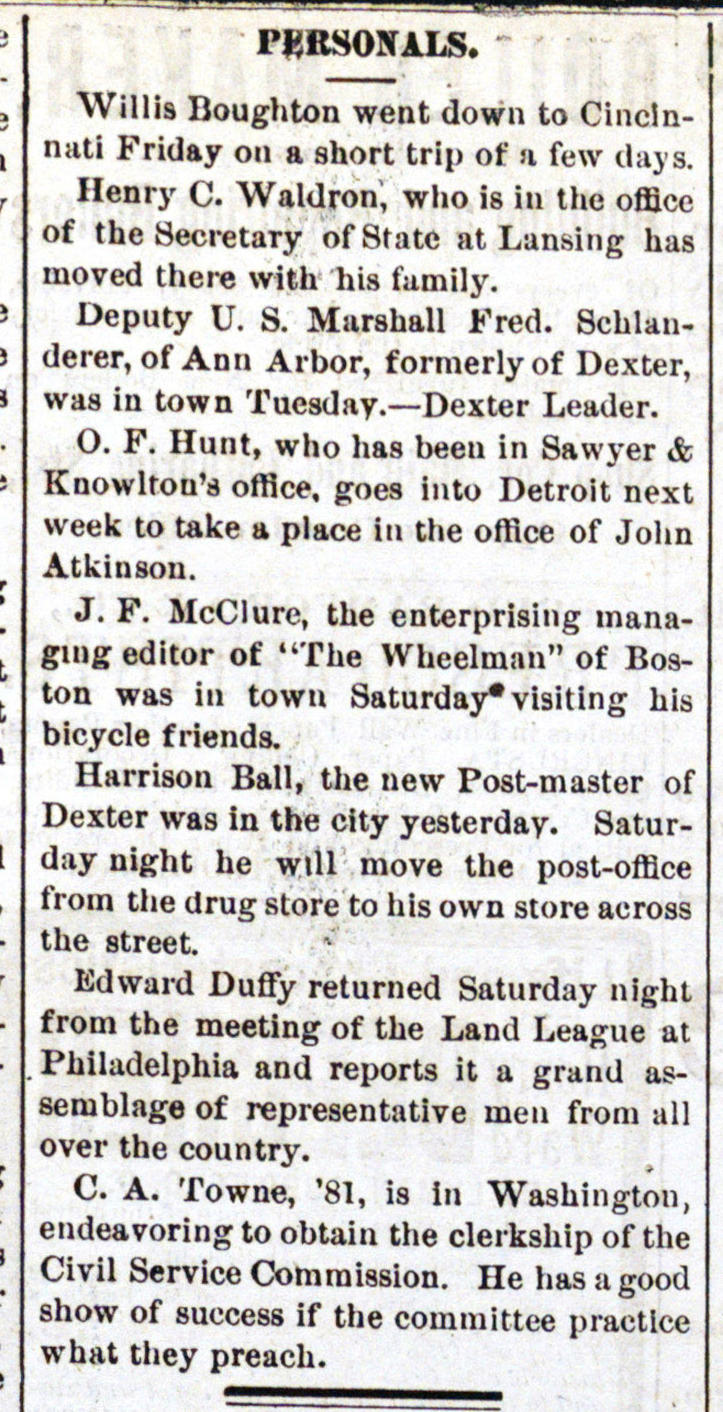 Willis Boughton went down to Cinclnnati Friday 011 a short trip of u few days. Henry C. Waldron wlio is in the office of the Secretary of State at Lansing has moved there with his family. Deputy U. S. Marshall Fred. Schlanderer, of Adh Arbor, formerlyof Dexter, was in town Tuesday.- Dexter Leader. O. F. Hum, who has beeu in Sawyer & Knowltou'a office, goes into Detroit next week to take a place in the office of John Atkinson. J. F. McCIure, the enterprising tnanaging editor of "The Wheelman" of Boston was in town Saturday'visiüng his bicycle f riends. Harrison Ball, the new Post-master of Dexter was in the city yesterday. Saturday night he wlll move the post-office from the drug store to his own store across the street. Edward Duffy returned Saturday night from the meeting of the Land League at . Philadelphia and reports it a grand assemblage of representative men from all over the country. C. A. Towne, '81, is In Washington, endeavoring to obtain the clerkship of the Civil Service Comraiasion. He has a good show of 8uccess if the committee practlce what they preach.