The Register man got struck with a brill... 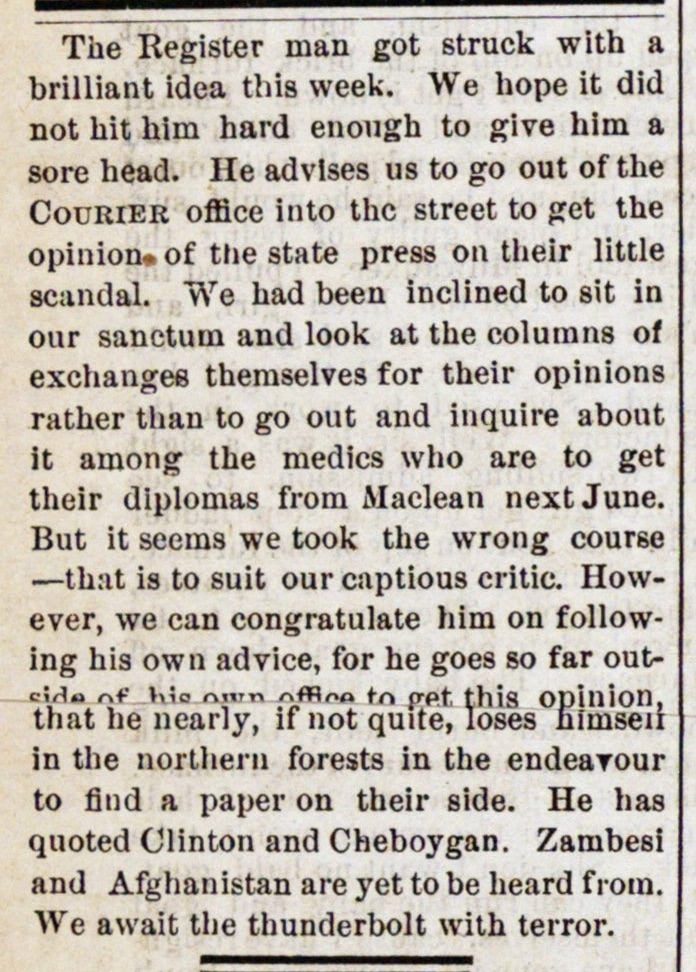 The register man got struck with a brilliant idea tbis week. We hope it did not hit him hard enough to give him a sore head. He advlses us to go out of the Courieb office into the street to fret the opinión of the state press on tlieir lítele scandal. We had been inclined to sit in our sanctuin and look at the columns of exchangee themselves for their opinions rather than to go out and inquire abont it among the medies wlio are to get their diplomas from Maclean next June. But it seems we took the wrong course i - that is to suit our captious critic. IIowever, we can congratúlate him on following his own advice, for he goes so far outciHo nf io rnrr ffl. tn frpt thlS Opilllon, that he nearly, ir not quite, loses nlmseii in the northeru forests in the endearour to fiiul a paper on their side. He has quoted Clinton and Cheboygan. Zambeei and Afghanistan are yet to be heard from. We await the thunderbolt with terror.