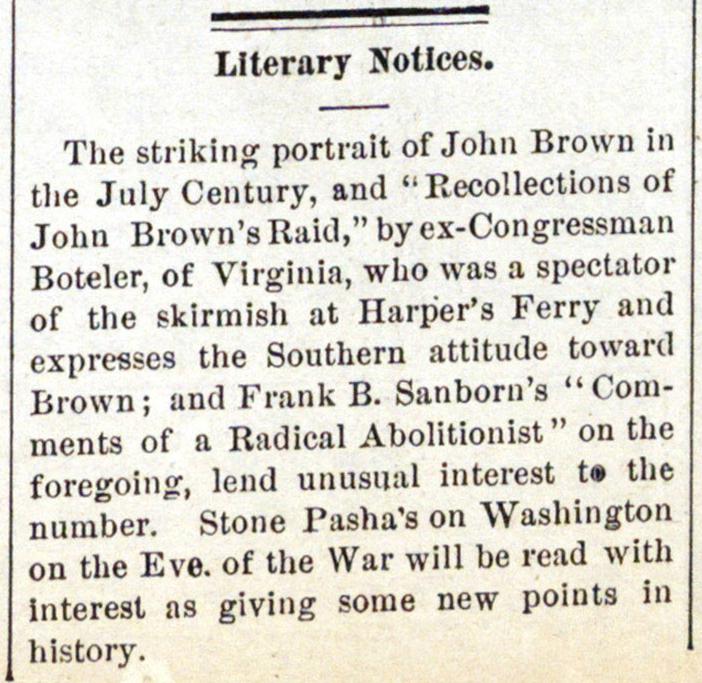 Literary Notices. The striking portrait of John Brown in the July Century, and "Recollections of John Brown's Raid," by ex-Congressman Boteler, of Virginia, who was a spectator of the skirmish at Harper's Ferry and expresses the Southern attitude toward Brown; and Frank B. Sanborn's "Comments of a Radical Abolitionist" on the foregoin?, lend unusnal interest t the nummer. Stone Fasha's on Washington on the Eve. of the War will be raad with interest as giving some new points in history.