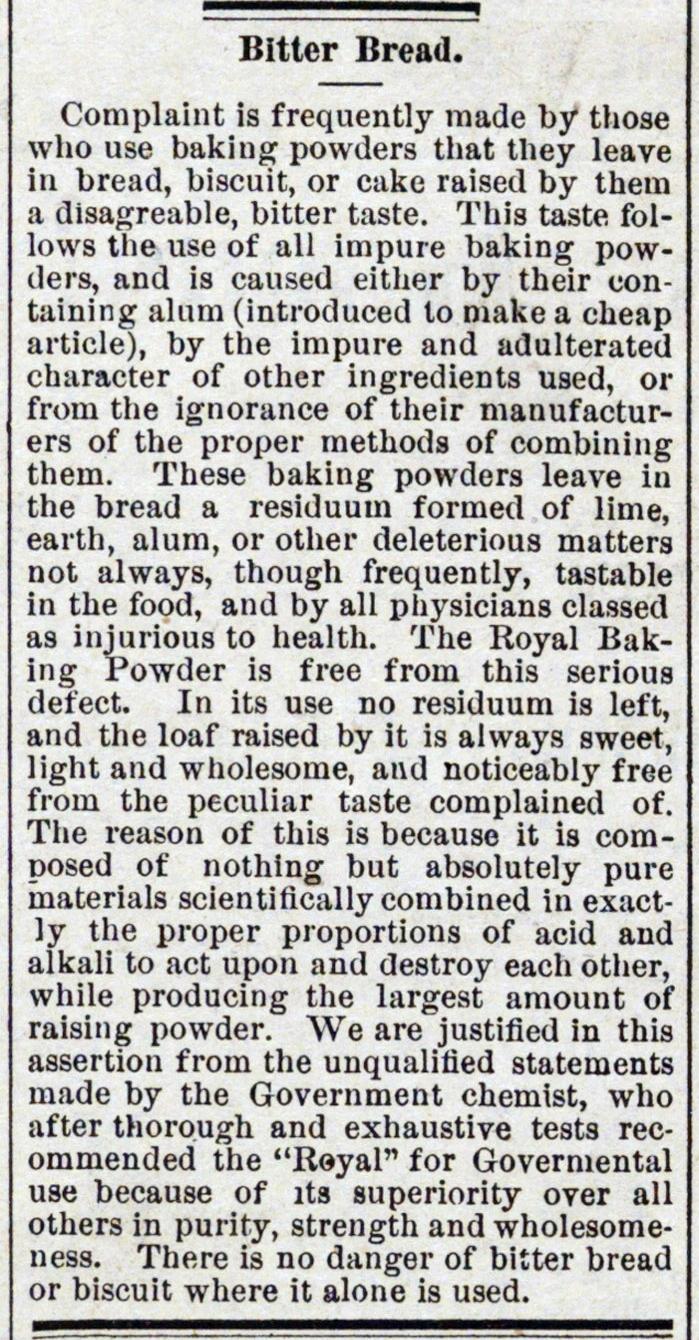 Complaint is frequently made by those who use baking powders that they leave In bread, biscuit, or cake raised by there a disagreable, bitter taste. This taste follows the use of all impure baking powders, and is caused either by their containing alum (introduced lo niake a cueap article), by the impure and adulterated character of other ingredients used, or from the ignorance of their manufacturers of the proper methods of combining them. These baking powders leave in the bread a residuum formed of lime, earth, alum, or other deleterious matters not always, though frequently, tastable in the food, and by all physicians classed as injurious to health. The Royal Baking Powder is free from this serious defect. In its use no residuum is left, and the loaf raised by it is always sweet, light and wholesome, and noticeably free from the peculiar taste complained of. The reason of this is because it ia composed of nothing but absolutely pure materials scientifically combined in exactly the proper proportions of acid and alkali to act upon and destroy each other, while producing the largest amount of raising powder. We are justified in this assertion from the unqualiüed statements made by the Government chemist, who after thorough and exhaustive tests recommended the "Royal" for Govermental use because of lts superiority over all others in purity, strength and wholesomeness. There is no danger of bitter bread or biscuit where it alone is used.