It seems to be an established fact... 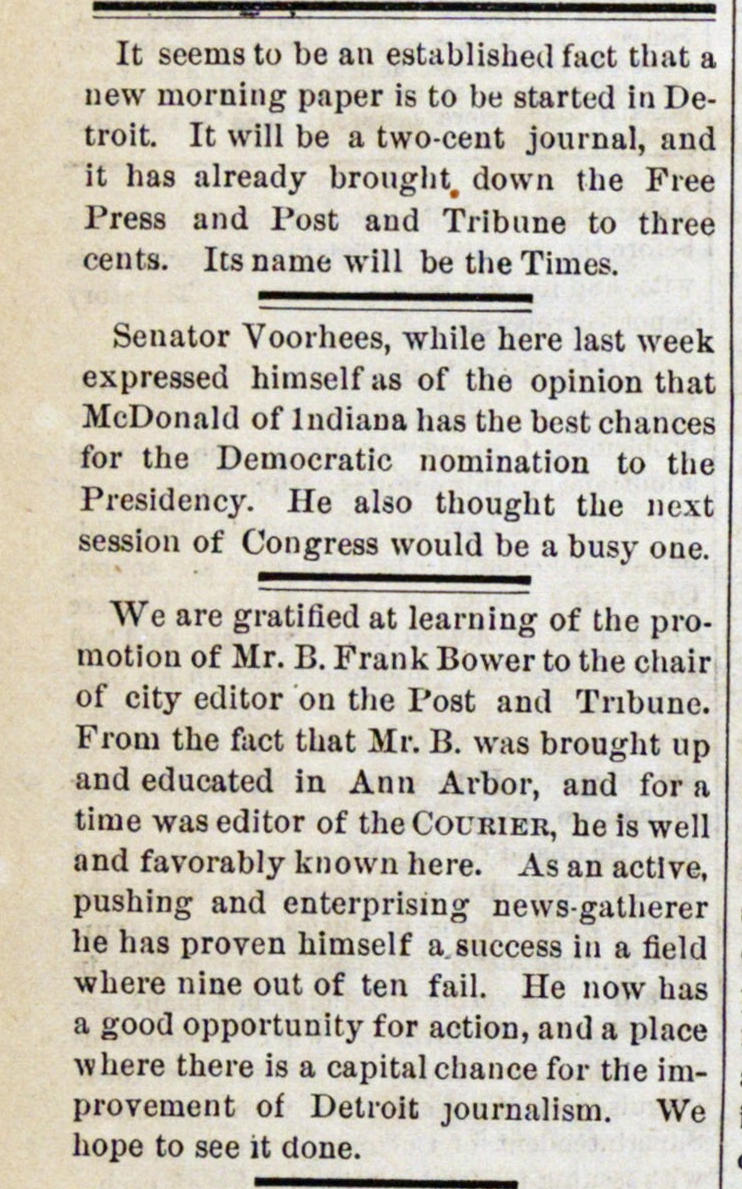 It seems to be an established fact that a new morning paper is to be started in Detroit. It will be a two-cent journal, and it has already brought down the Free Press and Post and Tribune to three cents. lts name will be the Times. Senator Voorhees, while here last week expressed himself as of the opinión that McDonald of Indiana has the best chances for the Democratie nomination to the Presidency. He also thought the next session of Congress would be a busy one. We are gratified at learning of the promotion of Mr. B. Frank Bower to the cliair of city editor on the Post and Tribune. Froni the fact that Mr. B. was brought up and educated in Anu Arbor, and fora time was editor of the Courier, heiswell and favorably known here. As an active, pushing and enterprising news gatherer he has proven himself a success in a field where nine out of ten fail. He now has a good opportunity for action, and a place where there is a capital chance for the improvement of Detroit journalism. We hope to see it done.