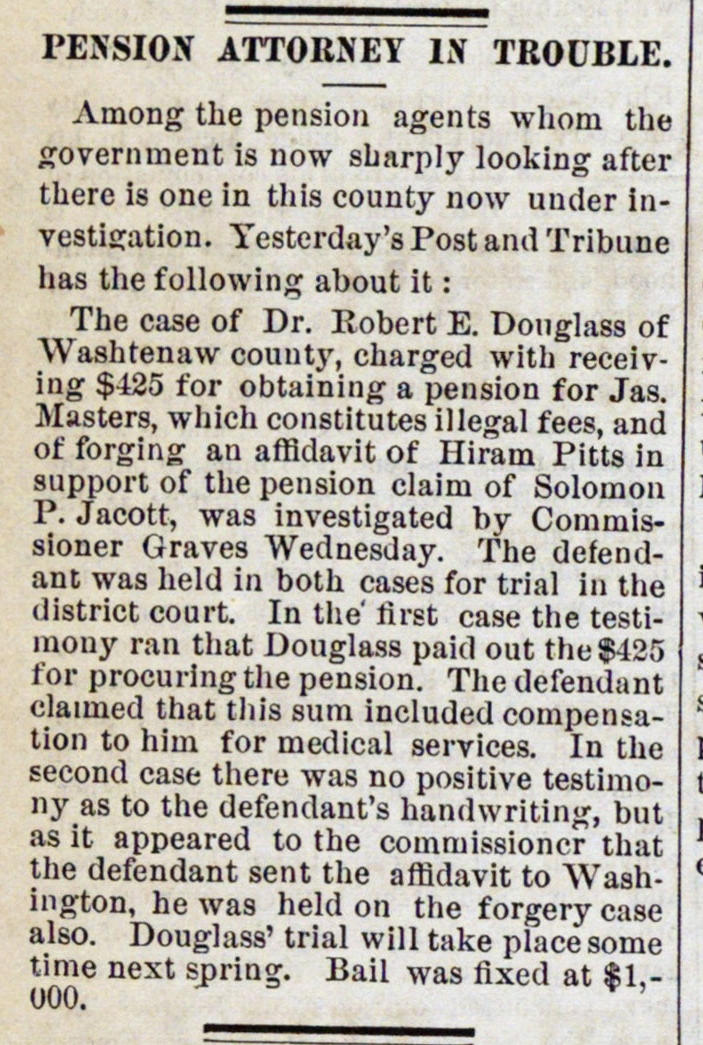 Among the pension agents whom the government is uow sbarply looking after there is one in tliis county now uuder investigation. Yesterday's Post and Tribune has the following about it : The case of Dr. Robert E. Douglass of Washtenaw county, charged witli receiving $425 tor obtaining a pension for Jas. Masters, wliich constitutes illegal fees, and of forging an affidavit of Hiram Pitts in support of the pension claim of Solornon P. Jacott, was investigated by Commissioner Graves Wednesday. The defendant was held in both cases for trial in the district court. In the' rirst case the testimony ran that Douglass paid out the $425 for procuring tlie pension. Tlie defendant claiined that tliis sum included compensation to him for medical services. In the second case there was no positive testimony as to the defendant's handwriting, but as it appeared to the commissioncr that the defendant sent the affidavit to Washington, he was heidon the forgerycase also. Douglass' trial will take placesome time next spring. Bail was fixed at $1,ooo.