Music By A Leather Band 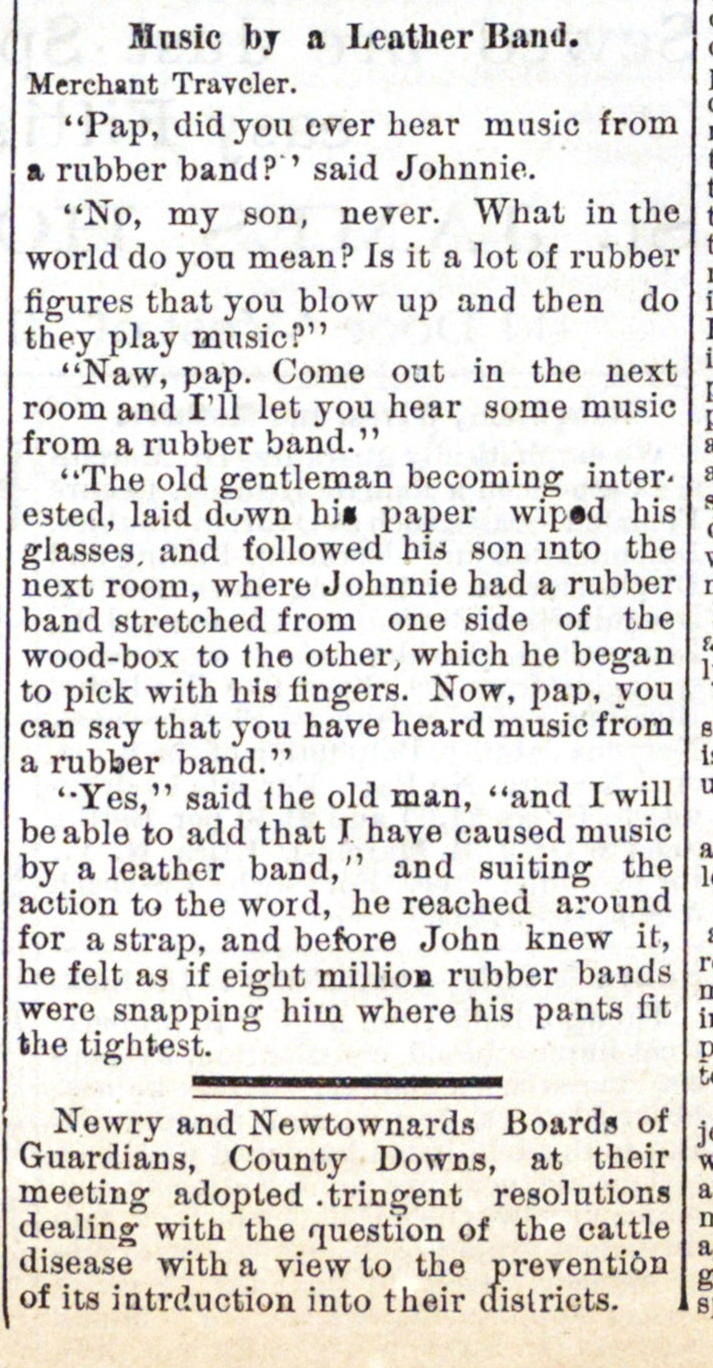 "Pap, did yon ever hear musió trom & rubber band? ' said Johnnie. "No, my son, never. What in the world do yon mean? Is it a lot of rubber h'gures that you blow up and tben do they play music?" "Naw, pap. Come out in the next room and I'll let you hear some music from a rubber band." "The old gentleman becoming iatere3ted, laid duwn hii paper wiptd his glasses, and followed hid son into the next room, where Johnnie had a rubber band stretched from one side of the wood-box to the other, which he began to piek with his iingers. Now, pap, you can say that you have heard music from a rubber band." 'Yes," said fhe old man, "and I will beable to add that I have caused music by a leather band," and suiting the action to the word, he reached around for a strap, and before John knew it, he feit as if eight millio rubber bands were snapping hiui where his pants fit the tightest. Newry and Newtownards Boards of Guardians, County Dowds, at their meeting adopted .tringent resolutions dealing with the question of the cattle disease with a view to the preventiön of its intn'.uction into their uislricts.