Standard Time Endorsed By The Courts 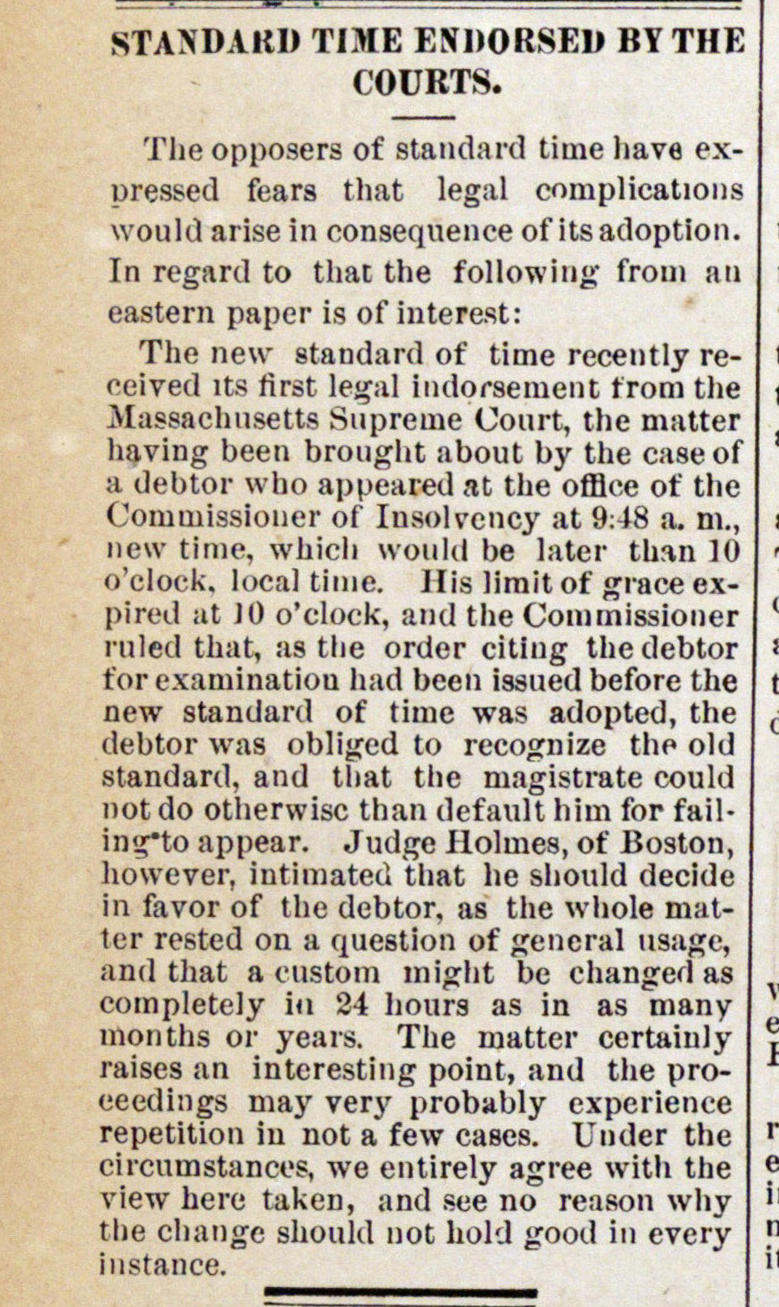 The opposers of standard time have expressed fears that legal complications would arise in consequence of itsatloption. In regard to that the following froui an eastern paper is of interest: The new standard of time recently received lts first lejal indorsement trom the Massachusetts Supreme (Jourt, the matter having been brought about by the case of a debtor who appeared at the office of the Commissioner of Insolvcncy at 9:48 a. ni., new time, which would be later thrui 10 o'clock. local time. Jlis limit of giace expired it JO o'clock, and the Commissioner ruleil that, as the order citing the debtor forexamination had been issued before the new standard of time was adopted, the debtor was obligcd to recognize the old standard, and that the magistrate could not do otherwisc than defavilt him for failinto appear. Judge Holmes, of Boston, liowever, intimatetl that he should decide in favor of the debtor, as the whole matter rested on a question of general usage, and that a custuni might be ehanged as completely ii 24 hours as in as many months or years. The matter certainly raises an intcresting point, and the proeeedings may very probably experience repetition in not a few cases. Uiider the circumstances, we entirely agree with the view here taken, and see no reason why the change should not hold good in every instance.