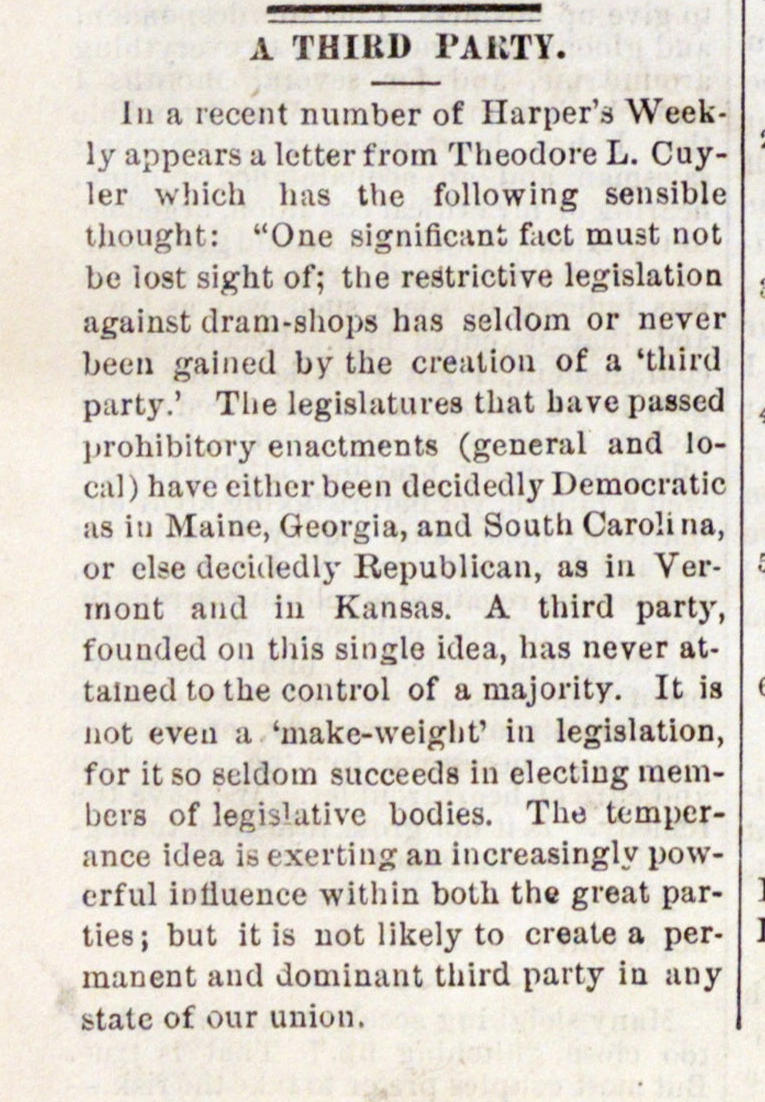 In a recent number of Harper's Weekly appean a letter trom Theodore L. Cuyler which has the following sensible thought: "One significant fict must not be lost sight of; the restrictive legislation against dram-sliops has seldom or never been gained by the creatiou of a 'thlrd party.' The legislatures that have passed jirohibitory enactments (general and local) have either been decidedly Democratie is iti Maine, Georgia, and Soutli Carolina, or else decidedly Republican, as In Verinont and In Kansas. A third party, founded on tliis single idea, has never attalued to the control of a majority. It is not even ;i 'make-weight' in legislation, for it so seldom succeeds in electiug ïnembets of legis'ative bodies. The ttmpcrance idea io exerting an increasingly powerful inlluence within both the great parties; but it is uot likely to créate a permanent and dominant third party ia any state of our union.