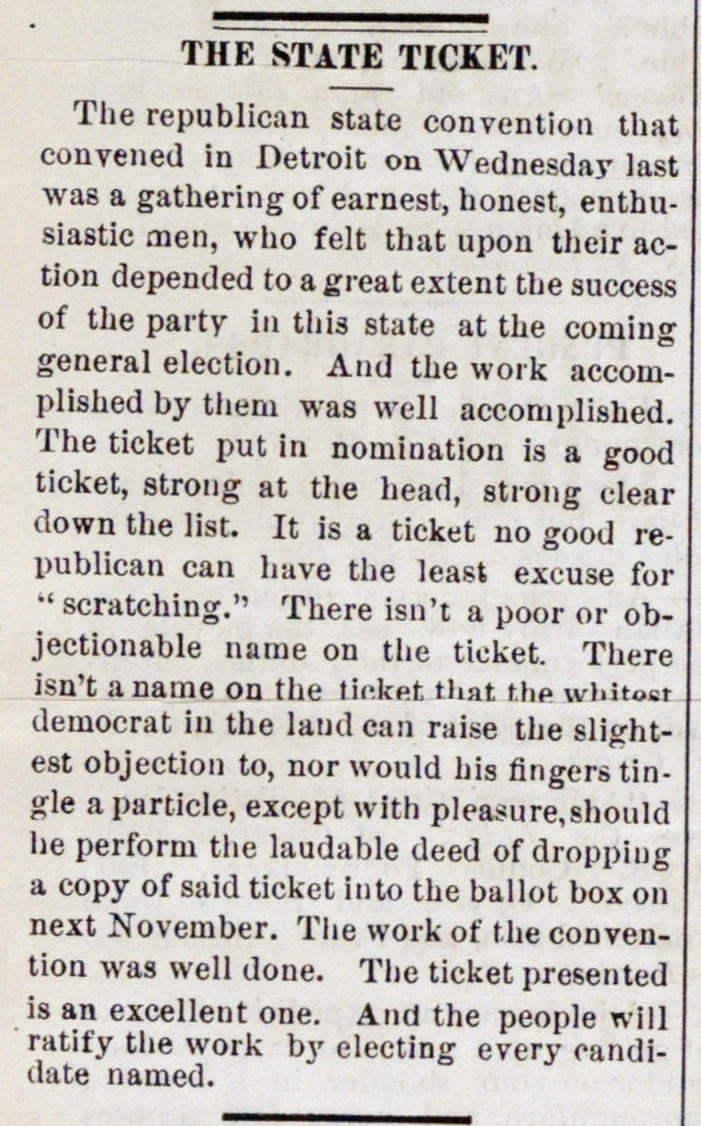 The republican state convention that convened in Detroit on Wednesday last was a gatheringof earnest, lionest, enthusiastic men, who feit that upon their action depended to agreat extent tbe success of the party in this state at the coniiug general election. And the work accoinplished by tliem was well accomplished. The ticket put n nomioation is a good ticket, strong at the head, strong olear down the list. It is a ticket no good republican can have the least excuse for ' scratching." There isn't a poor or objectionable name on the ticket. There isn't a name on the ticket that the whitoet deinocrat in the land can raise the slightest objection to, nor would his fingers tingle a partiële, except with pleasure,should he perform the laudable deed of dropping a copy of said ticket into the ballot box on next November. The work of Mie convention was well done. The ticket presented is an excellent one. And the people will ratify the work by electing every eandidate named.