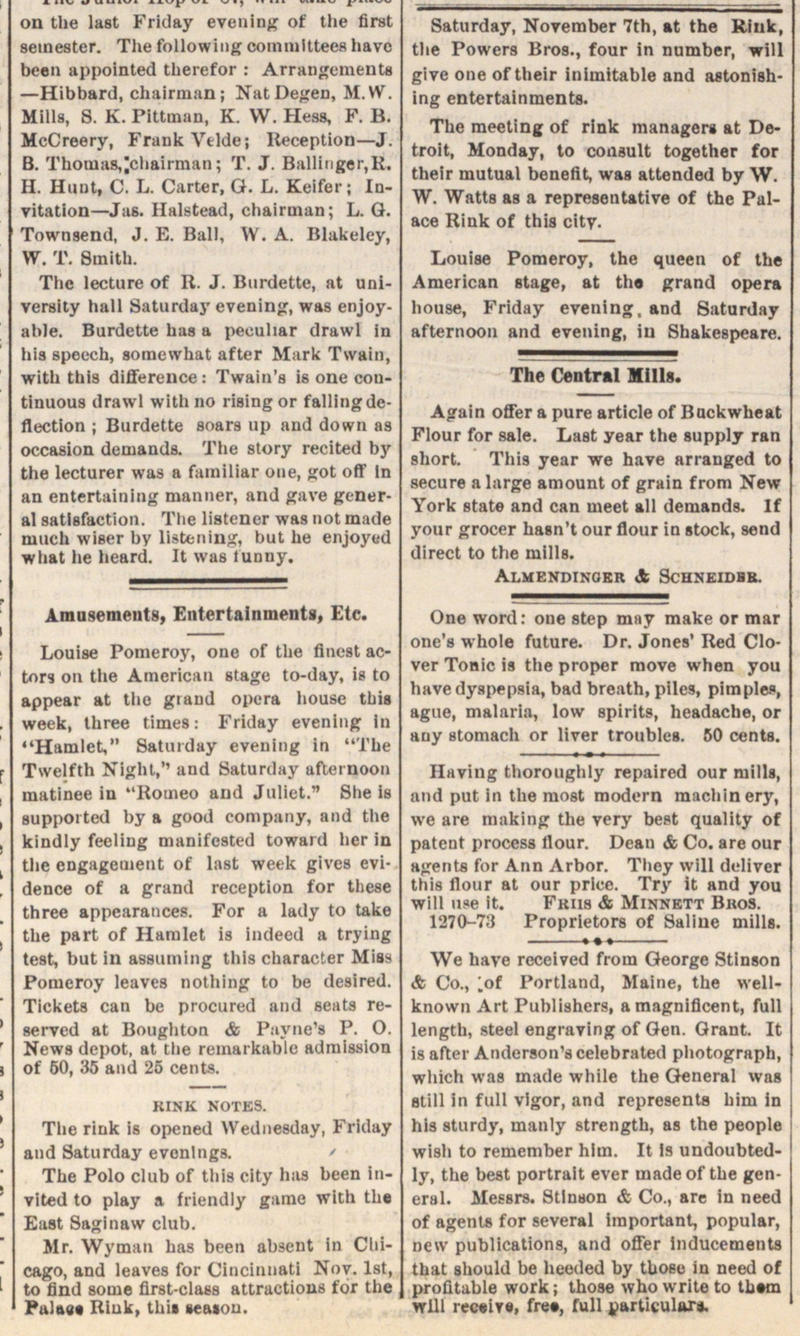 Louise Ponieroy, one of tlie flncst acors on the American stage to-day, is to appear at the gtand opera house tuis weck, three times : Friday evening in "Hamlet," Satuiday evening in "The Twelfth Nlght," and Saturday afteinoon matinee in "Romeo and Juliet." She is supported by a good conipany, and the kindly feeliug manifested toward lier in the engagement of last week gives cvidence of a grand reception for these three appearances. For a lady to take the part of Hamlet is indeed a trying test, but in assuining this character MisPonicroy leavcs nothing to be desired. Tickets can be procured and seats reservcd at Boughton & P.iyne's P. O. News depot, at the remarkable admission of 50, 35 and 25 cents. KINK NOTES. The rink is opened Wednesday, Frklay and Saturday evonlngs. ' The Polo club of this city has been invited to play a friundly game with th East Sainaw club. Mr. Wyman has been absent in Chicago, and leaves for Cincinnati Nov. lst, to find some first-claes attractions for the ?uitt IUuk, this leaion. Saturday, November 7th, kt the Rink, the Powers Bros., four in number, will give one of their inimitable and astonishing entertainment. The meeting of rlnk managen at Detroit, Monday, to consult together for their mutual benefit, was attended by W. W. Watts as a represenUtive of the Palace Rink of tliis city. Louise Pomeroy, the queen of the American stage, at th grand opera house, Friday evening. and Saturday afternoon and evening, iu Shakespeare.