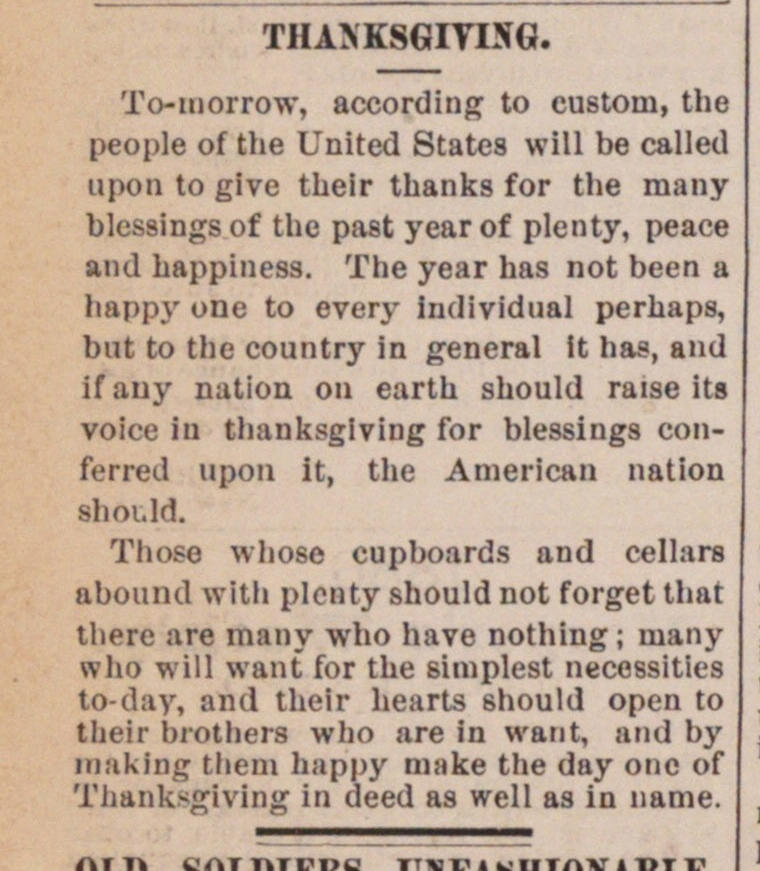 To-iiiorrow, according to custom, the people of the United States will be called iipon to give their thanks for the niany blessingsof the past yearof plenty, peace and happiness. The year has not been a happy one to every individual perhaps, but to the country in general it has, and ifany natiou 011 earth should raise its voice in tlmnksglving for blessings conferred upon it, the American nation slioi.ld. Those wiiose cupboards and cellars abound wlth plenty should not forget that tliere are many who have nothing; many who will want for the simplest necossities to-day, and their hearts should open to their brotliei-8 who are in want, and by making them happy make the day onc of ThankBglvlng in deed as well as in name.