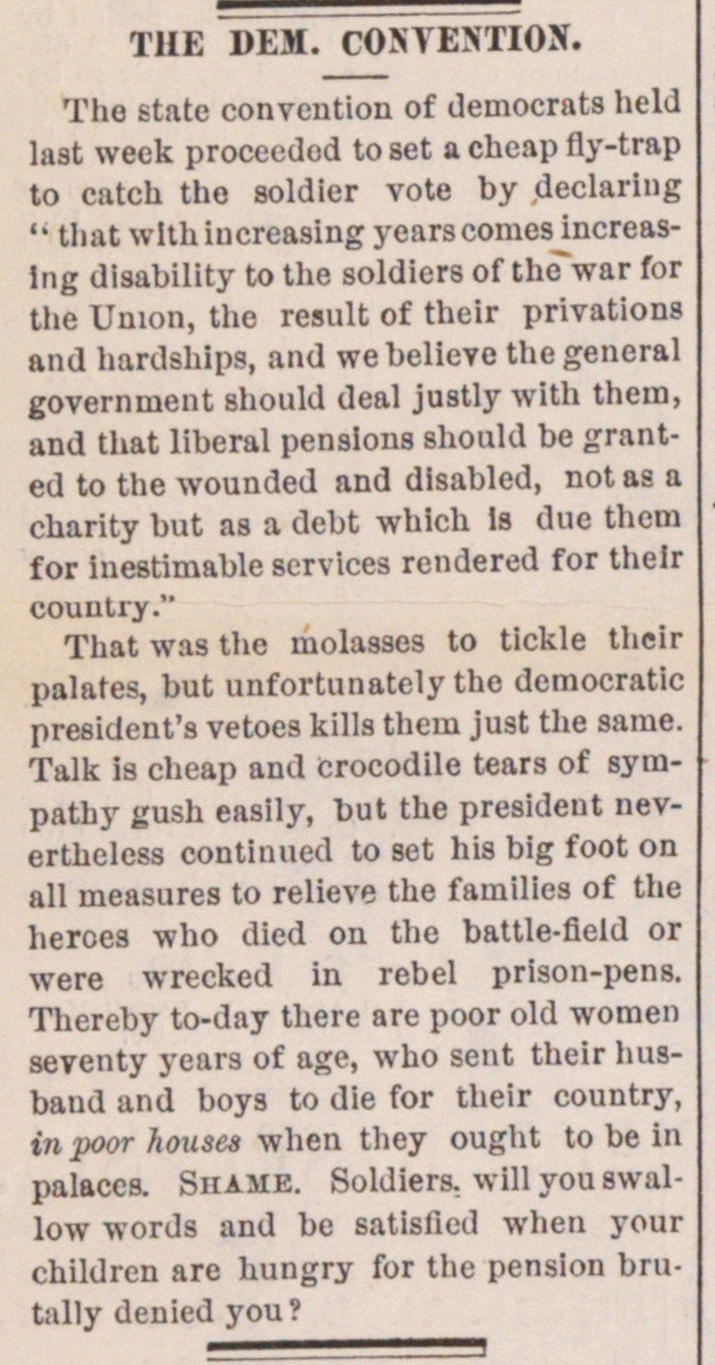 The state convention of demócrata held last week proceedod to set a cheap fly-trap to catch the soldier vote by declaring ' that whh increasing years comes increaslng disability to the soldiers of the war for the Union, the result of their privations and hardships, aad webelieve the general governnient ahould deal justly with thein, and that liberal pensiona should be granted to the wounded and disabled, not as a charity but as a debt which Is due them for inestimable services rendered for thelr couuliy." That was the molasses to tickle thcir palates, but unfortunatcly the democratie president's vetoes kills them just the same. Talk is cheap and crocodile tears of sympathy gush easily, but the president nevertheless continuecl to set his big foot on all measures to relieve the families of the héroes who died on the battle-field or were wrecked in rebel prison-pens. Thereby to-day there are poor old women seventy years of age, who sent their husbaud and boys to die for their country, in poor houaes when they ought to be in palaccs. Shame. Soldiers, willyouswallow words and be Mtllfled when your children are hungry for the pension brutally denied you?