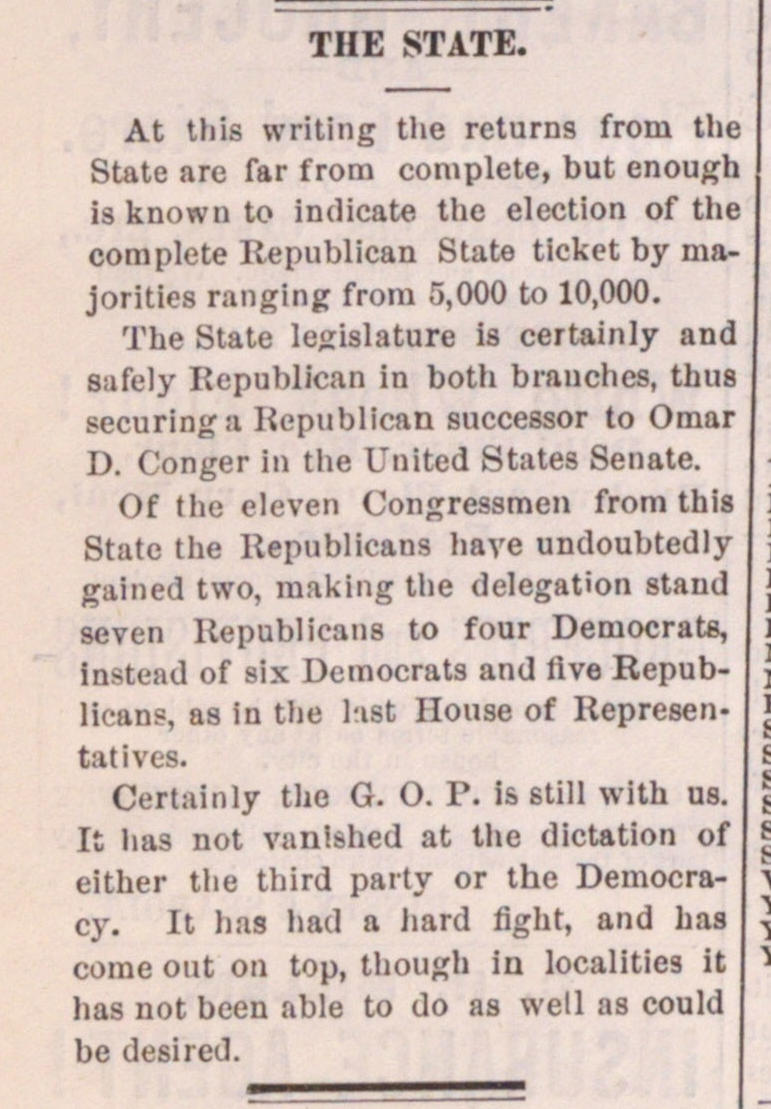 At Uiis writing the returns from the State are far from complete, but enough is known to indícate the election of the complete Republican State ticket by majorities ranging from 5,000 to 10,000. The State legislature is certainly and Siifely Bepablicao in both branches, thiis securinga Kepiiblican successor to Omar D. Conger in the United States Senate. Of the eleven Congressmen from this State the Republicana have undoubtedly gained two, making the delegation stand seven Republicana to four Deniocrate, instead of six Demócrata and live Republicans, aa in the last House of Representad ves. Certainly the G. O. P. is still with us. It has not vnnlshed at tlie dictation of either the third party or the Democracy. It hns had a hard flght, and bas come out on top, though in localities it has not been able to do as well as could be desired.