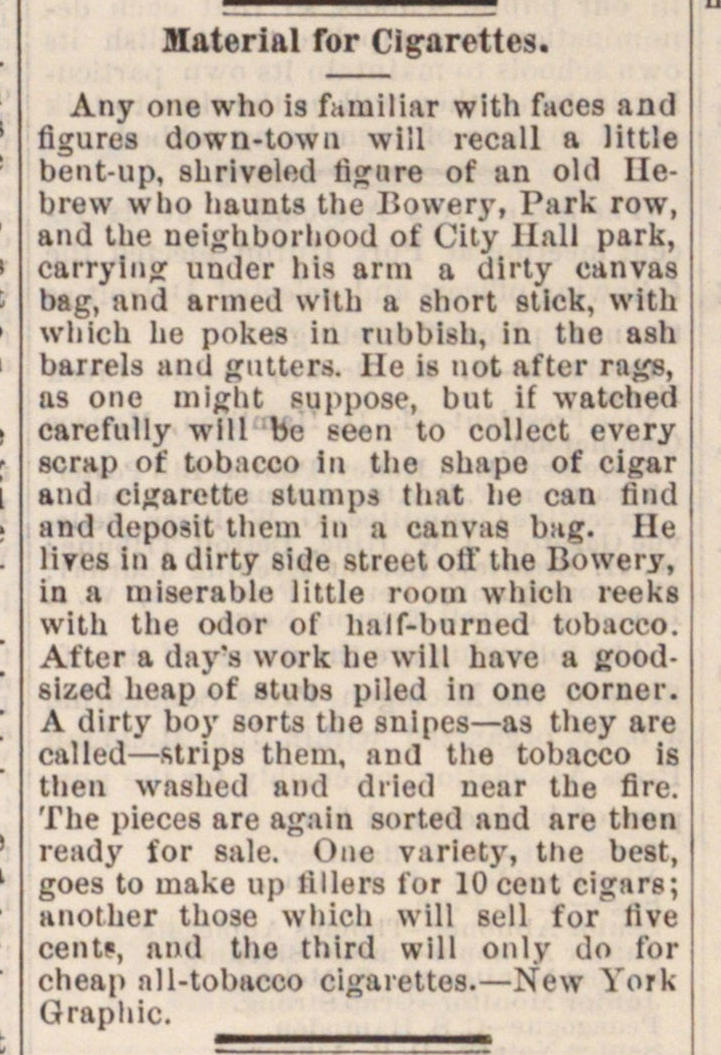 Any one who is familiar with faces and figures down-town will recall a little bent-up, shriveled figure of an old Hebrew who haunts the Bowery, Park row, and the neighborhood of City Hall park, carrylng under hts arm a dirty canvas bag, and armed wltli a short stick, with which lie pokes iu rubbish, in the ash barrels and glitters, lle is not after rafs, as one might suppose, but if watched carefully wlll bc i-een to collect every scrap of tobáceo iu the shape of eigar and cigarette stunips that be can tind and deposit tliem in R canvas big. He lWes in a dirty side street off the Bowery, in a miserable little room which reeks with the odor of lmlf-burned tobáceo. After a day"s work he will have a good.-i.i-i! heap of stubs piled in one corner. A dirty boy sorts the snipes - as they are called - strips them, and the tobáceo is tlieu washed and diieil near the fire. The pieces are again sorted and are thon ready for sale. One variety, the best, goes to make up lillers for 10 cent cignrs; another those whicb will sell for tive cenU. nnd the third will onlv do for