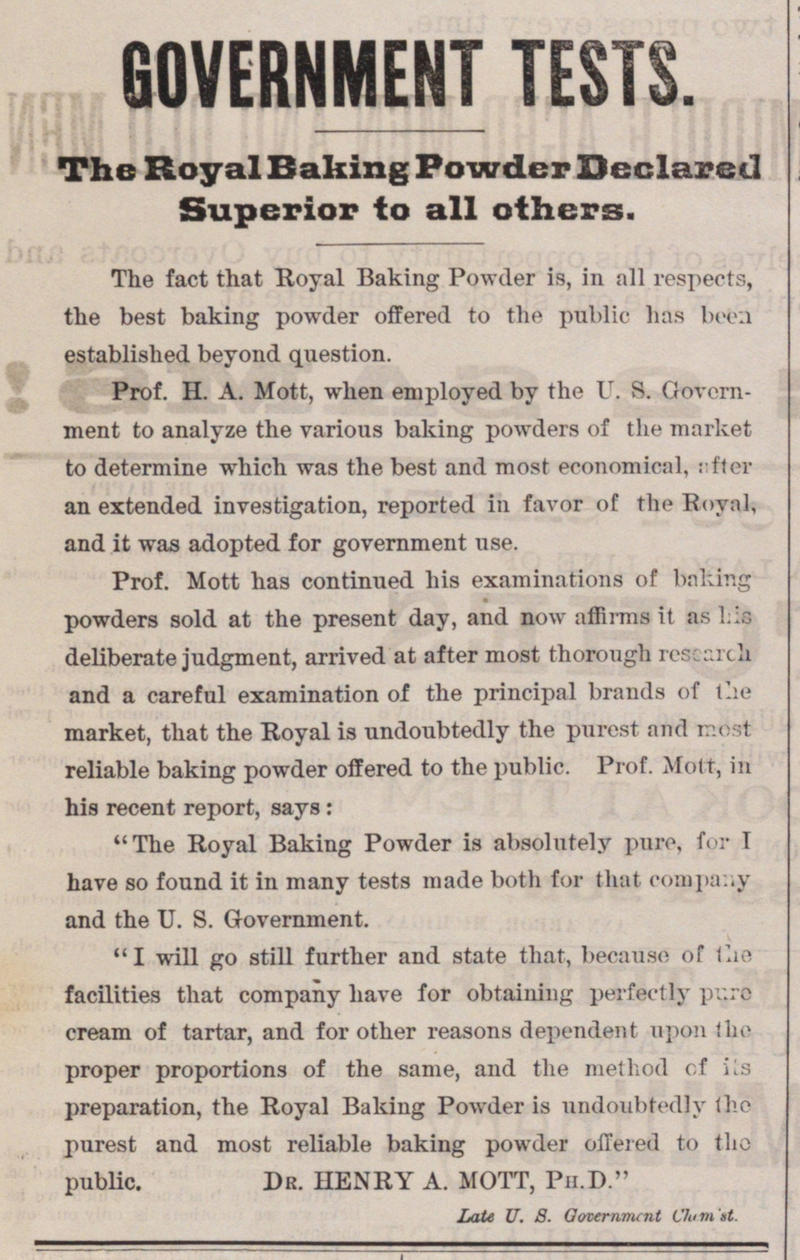 The Roy al Baking Powder Declared Superior to all others. The fact that Royal Baking Powder is, in all respecta, the best baking powder offered to the public has lee:i established beyond question. Prof. H. A. Mott, when eniployed by the U. 8. Government to analyze the various baking powders of the mnrket to determine which was the best and most económica], ;ü cían extended investigaron, reported in favor of the Koyal, and it was adopted for government use. Prof. Mott has continued his examinations of bnltrrtg powders sold at the present day, and now affirms it as ! delibérate judgment, arrived at af ter most thorough research and a careful examination of the principal branda oí t-ie market, that the Royal is undoubtedly the purest and mt ; reliable baking powder offered to the public. Prof. Mott, in his recent report, says : "The Royal Baking Powder is absolutely pure, ft;1 I have so found it in many tests made lxth for that compar.y and the U. S. Government. "I will go still further and state that, because f 11) i facilities that company have for obtaiiihi perfectly puro cream of tartar, and for other reasons dependent apon (lio proper proportions of the sanie, and the method of preparation, the Royal Baking Powder is undoubtedly the purest and most reliable baking powder olTered to tho public. Dr. HENRY A. MOTT, Ph.D." Late U. 8. Qoternnunt Onvi'st.