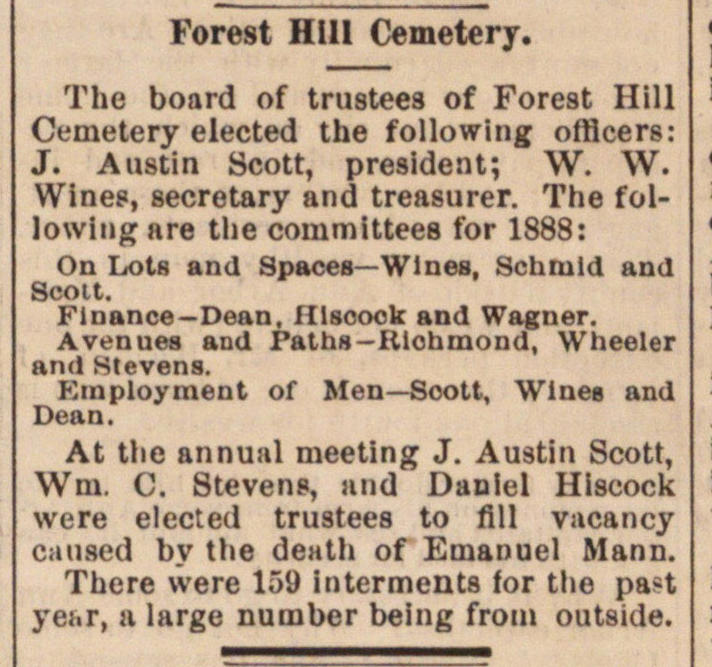 The board of trustees of Forest Hill Cemetery elected the following officers: J. Austin Scott, president; W. W. Wines, secretary and treasurer. The following are the committees for 1888: On Lots and Spaces- Wines, Schmid and Scott. Finance- Dean, Hiscock and Wagner. Avenues and Paths- Richmond, Wheeler and Stevens. Employment of Men- Scott, Wines and Dean. At the annual meeting J. Austin Scott, Wm. C. Stevens, and Daniel Hiscock were elected trustees to fill vacancy caused by the death of Emanuel Mann. There were 159 interments for the past year, a large number being from outside.