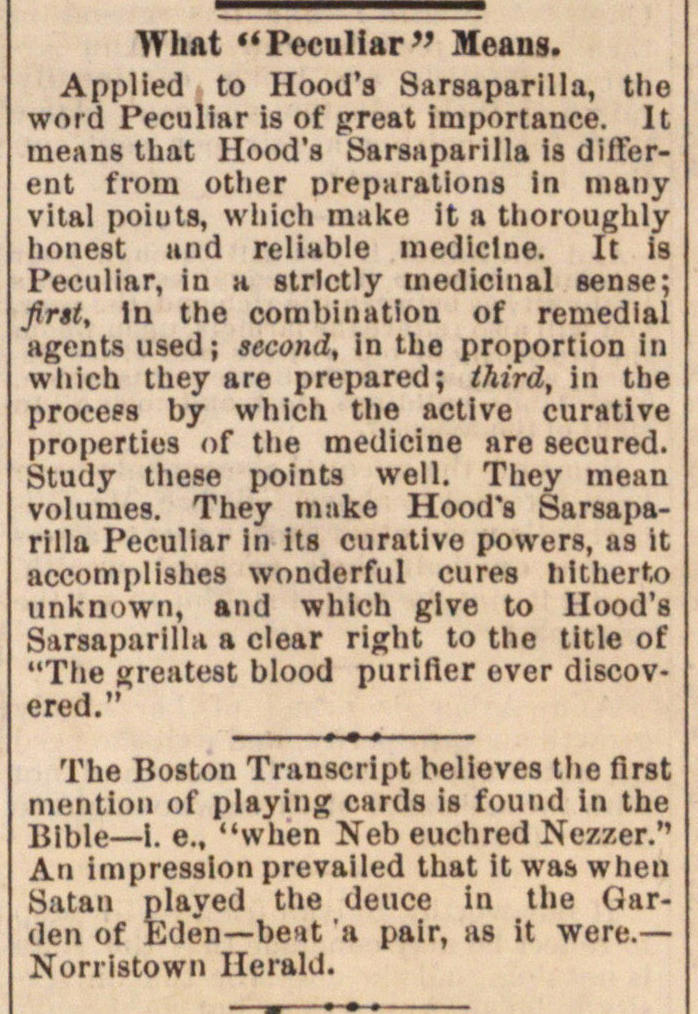 What "Peculiar" Means. Applied to Hood's Sarsaparilla, tho word Peculiar is of great importance. It means that Hood's Sarsaparilla is different from other preparations in many vital points, which make it a thoroughly honest and reliable medicine. It is Peculiar, in a strictly medicinal sense; first, In the combination of remedial agents used; second, in the proportion in which they are prepared; third, in the process by which the active curative properties of the medicine are secured. Study these points well. They mean volumes. They make Hood's Sarsaparilla Peculiar in its curative powers, as it accomplishes wonderful cures hitherto unknown, and which give to Hood's Sarsaparilla a clear right to the title of "The greatest blood purifier ever discovered."
____
The Boston Transcript helleves the first niention of playing cards is found in the Bible - i. e., "when Neb euchred Nezzer." An impression prevailed that it was when Satan played the deuce in the Garden of Eden- beat a pair, as it were. - Norristown Herald