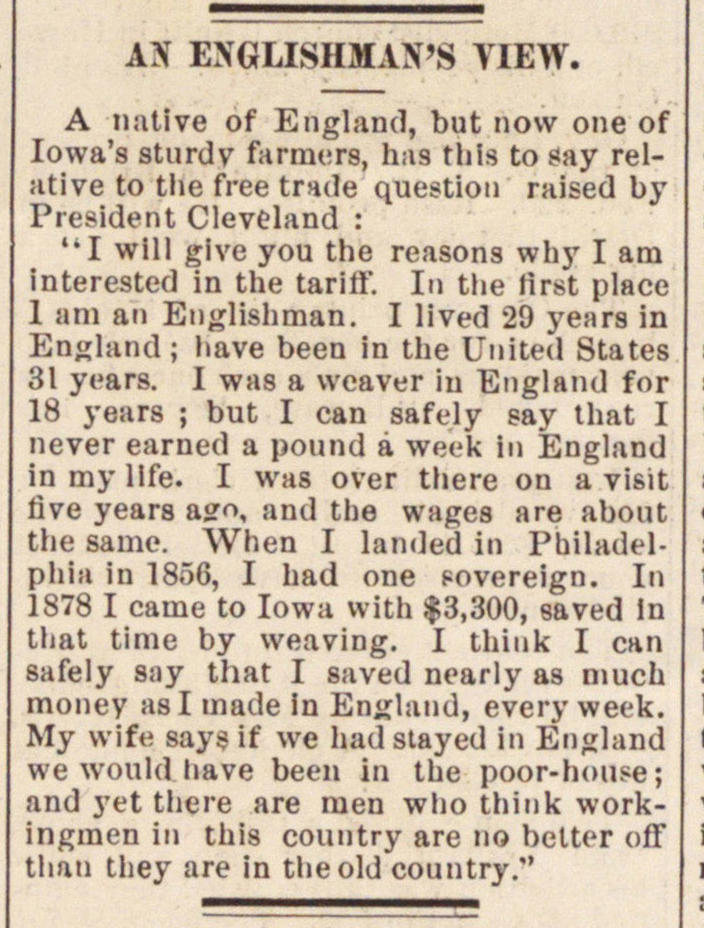 A native of England, but now one of Iowa's sturdy farmers, has this to say relative to the free trade question raised by President Cleveland : "I will give you the reasons why I am interested in the tariff. In the first place I am an Englishman. I lived 29 years in England; have been in the United States 31 years. I was a weaver in England for 18 years ; but I can safely say that never earned a pound a week in England in my life. I was over there on a visit five years ago, and the wages are about the same. When I landed in Philadelphia in 1856, I had one sovereign. In 1878 I came to Iowa with $3,300, saved in that time by weaving. I think I can safely say that I saved nearly as much money as I made in England, every week. My wife says if we had stayed in England we would have been in the poor-house; and yet there are men who think workingmen In this country are no better off than they are in the old country."