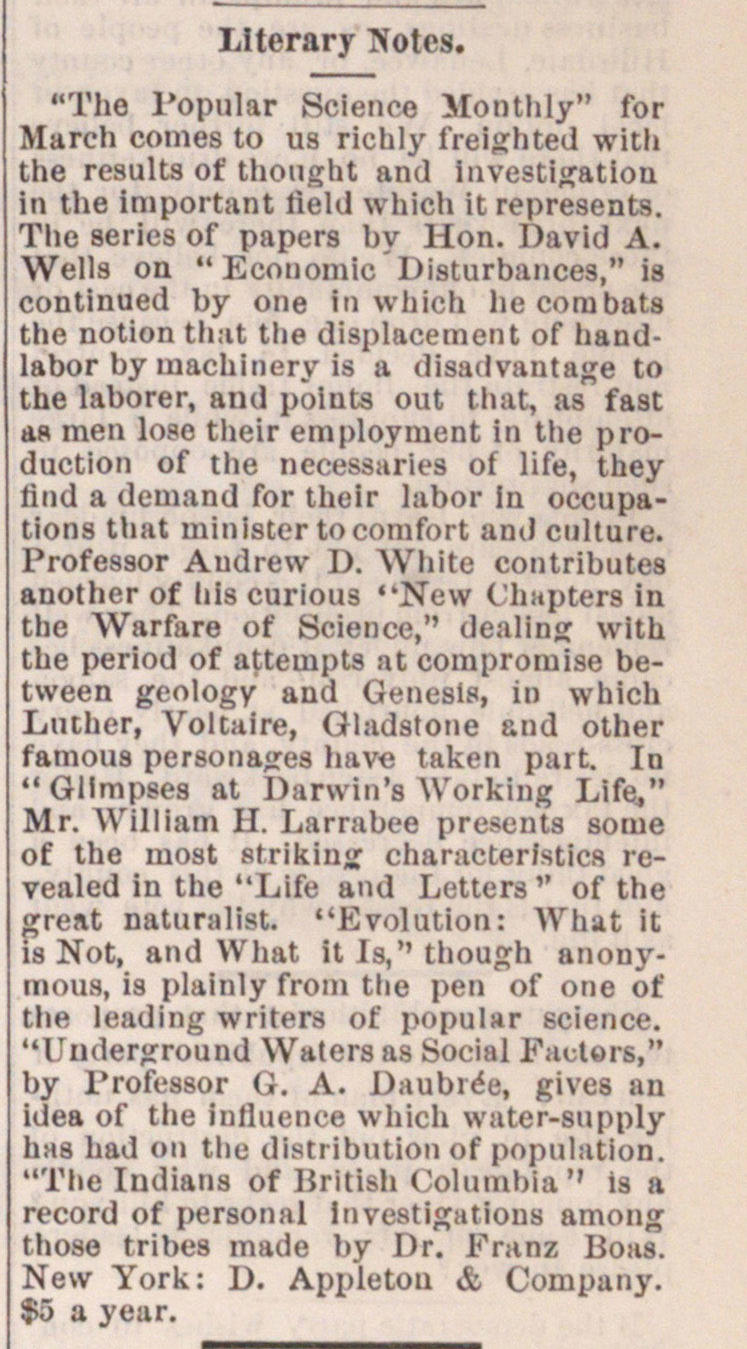 "The l'opular Science Monthly" for March comes to us richly freighted witli the results of thought and Investigation in the important lield which it represente. The series of papers by Hon. David A. Wells on " Economie Disturbances," is continued by one In which he combats the notion that the displacement of handlabor by ïuachinery is a disadvantage to the laborer, and polnts out that, as fast as men lose their employment in the production of the necessaries of life, they lind a demand for their labor In occupations that minister to comfort and culture. Professor Audrew D. White contributes another of his curious "New Clmpters in the Warfare of Science," dealing with the period of atteinpts at compromise between geology and Genesis, in which Lutlier, Voltaire, Oladslone and other famous personages have taken part. In "Gllmpses at Darwin's Working Life," Mr. William H. Larrabee presents sonie of the most striking characterfstics revealed in the "Life and Letters" of the great naturalist. "Evolution: What it is Not, and What it Is," though anonymous, is plainly from the pen of one of the leading writers of popular sciencc. "Underground Waters as Social Factors," by Professor G. A. Daubrée, gives an idea of the intlucnce which w:iter-supply has had on the dlstributlon of population. "The Indians of Iirilish ColumbTa" is a record of personal Investigations among those tribes made by Dr. Frunz Boas. New York: D. Appletou & Company. $5 a year.