What A West Virginian Found To Drink In Maine 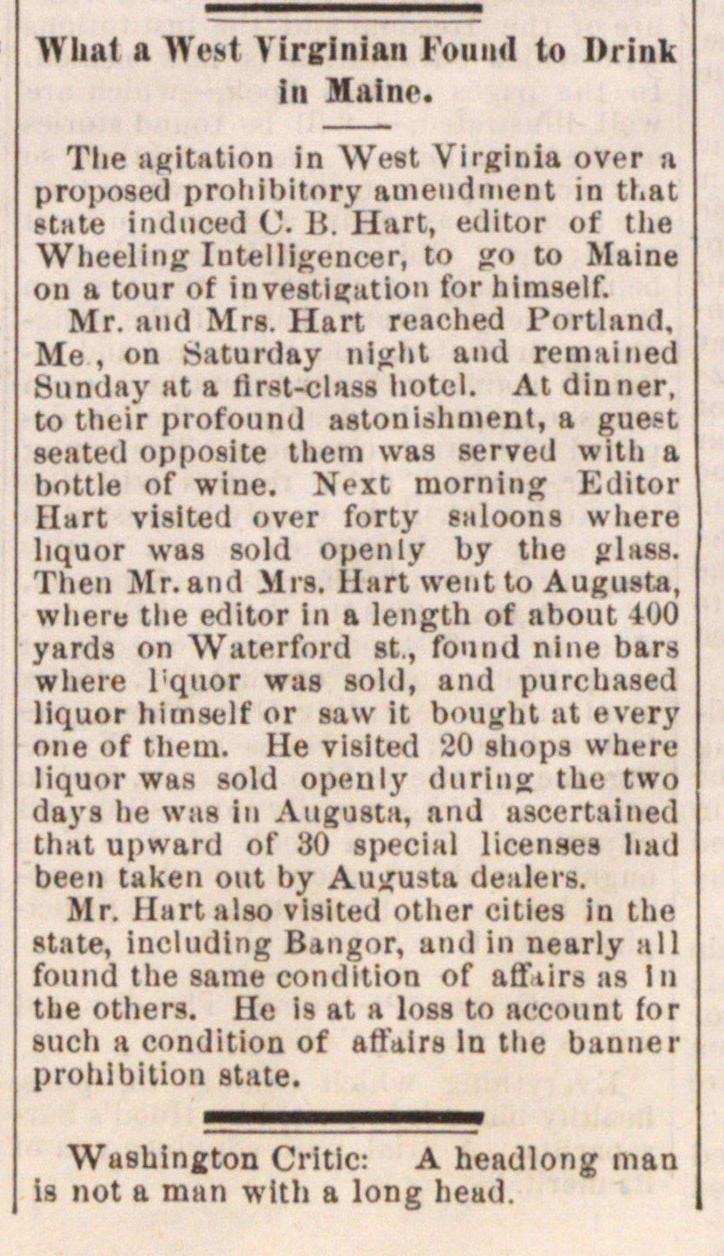 Ttie agitation in West Virginia over ¦ proposed prohibitory ameiidmtDt in tl. at state indnced U. 15. Hart, eilitor of the Wlieelinjr Intelligencer, to o to Miiine on a tour of investigution for himself. Mr. and Mrs. Hart reached Portland, Me , on S il ui du y nijflit and rciiiniml Sunday at a tirst-class hotel. At dinner, to their profound astonishnient, a gueft seated opposite them was served with a bottle of wine. Next morning Editor Hart vislted over forty saloons where liquor was sold openly by the lass. Then Mr. and Mrs. Hart went to Augusta, where the editor in a length of about 400 yards on Waterford st., found nine bars wliere Pquor was sold, and purchased liquor himself or saw it bought at every one of them. He vislted 20 shops whr re liquor was sold openly diiring the two days he was in Augusta, and ascertained tlmt upward of 30 special licenses had been taken out by Augusta déniers. Mr. Hartalso visited other eities in the state, including Bangor, and in nearly all found the same condition of aff.iirs as In tlie others. He is at a loss to account for such a condition of affairs In the banner prohibition state. Washington Critlc: A headlong man Is not a man witli a long head.