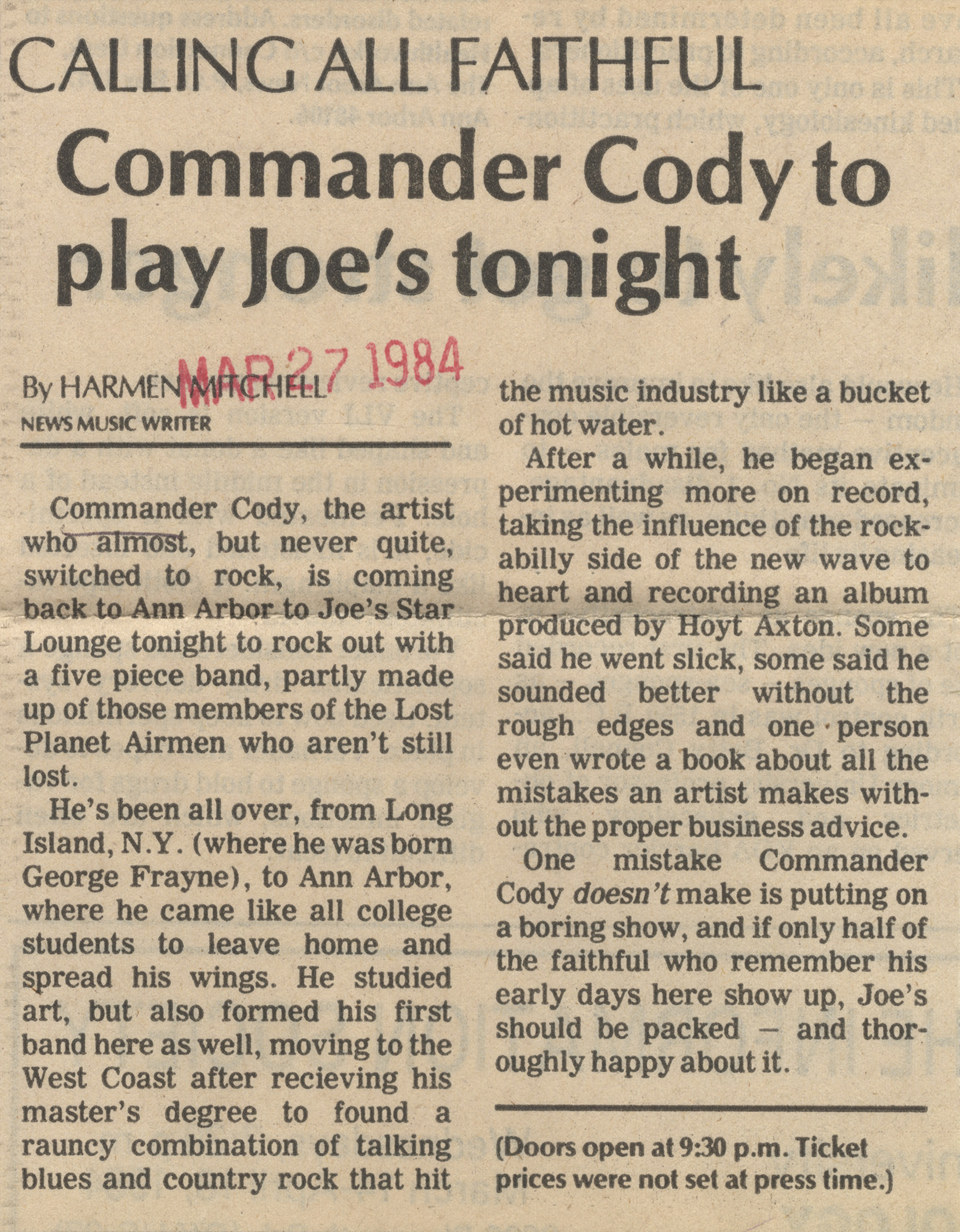 Commander Cody, the artist who almost, but never quite, switched to rock, is coming back to Ann Arbor to Joe’s Star Lounge tonight to rock out with a five piece band, partly made up of those members of the Lost Planet Airmen who aren’t still lost.

He’s been all over, from Long Island, N.Y. (where he was born George Frayne), to Ann Arbor, where he came like all college students to leave home and spread his wings. He studied art, but also formed his first band here as well, moving to the West Coast after receiving his master’s degree to found a raunchy combination of talking blues and country rock that hit the music industry like a bucket of hot water.

After a while, he began experimenting more on record, taking the influence of the rockabilly side of the new wave to heart and recording an album produced by Hoyt Axton. Some said he went slick, some said he sounded better without the rough edges and one person even wrote a book about all the mistakes an artist makes without the proper business advice.

One mistake Commander Cody doesn’t make is putting on a boring show, and if only half of the faithful who remember his early days here show up, Joe’s should be packed — and thoroughly happy about it.