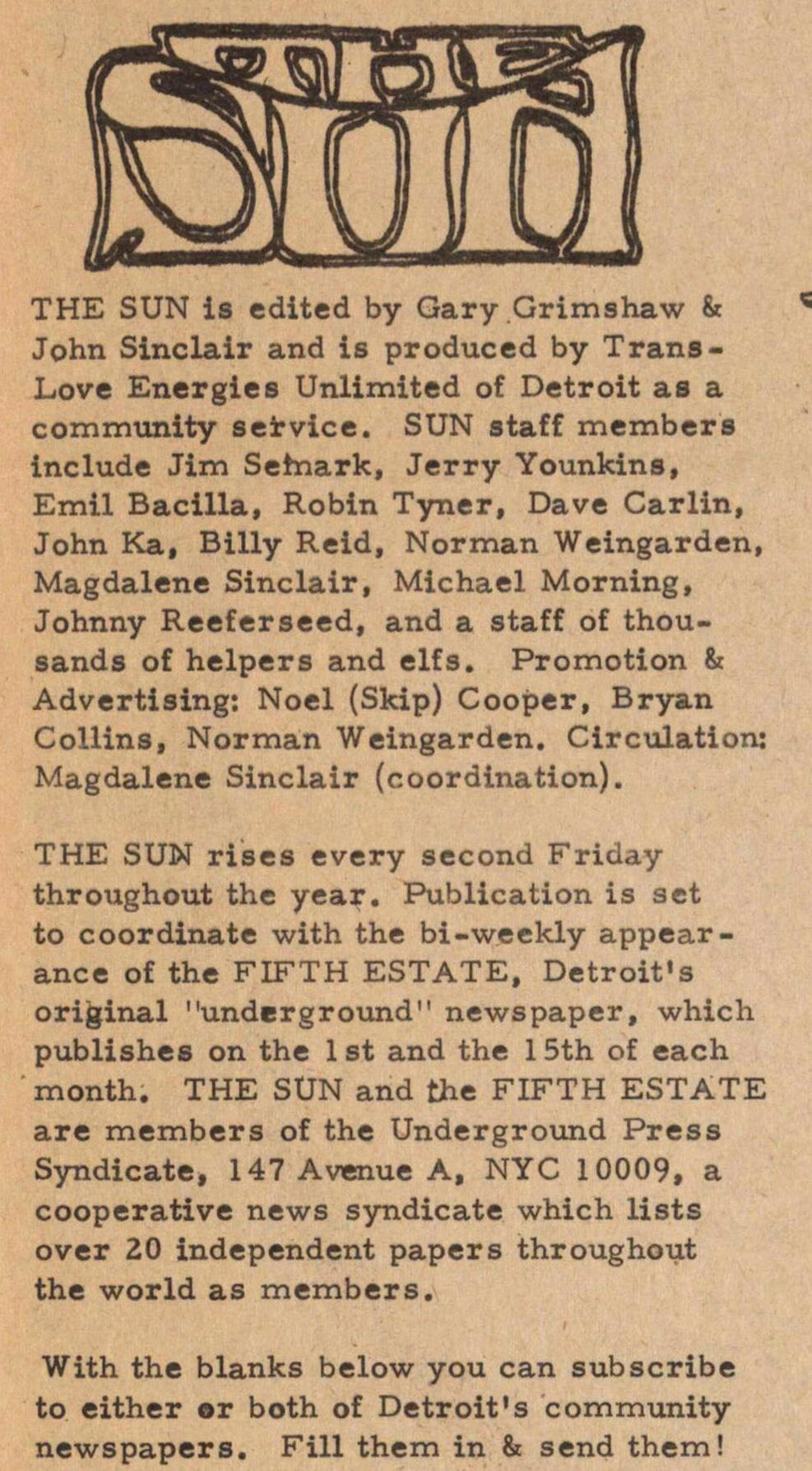 THE SUN rises every second Friday throughout the year. Publication is set to coordinate with the bi-weekly appearance of the FIFTH ESTATE, Detroit's original "underground" newspaper, which publishes on the 1st and the 15th of each month. THE SUN and the FIFTH ESTÁTE are members of the Underground Press Syndicate, 147 Avenue A, NYC 10009, a cooperative news syndicate which lists over 20 independent papers throughout the world as members.

With the blanks below you can subscribe to either or both of Detroit's community newspapers. Fill them in & send them!