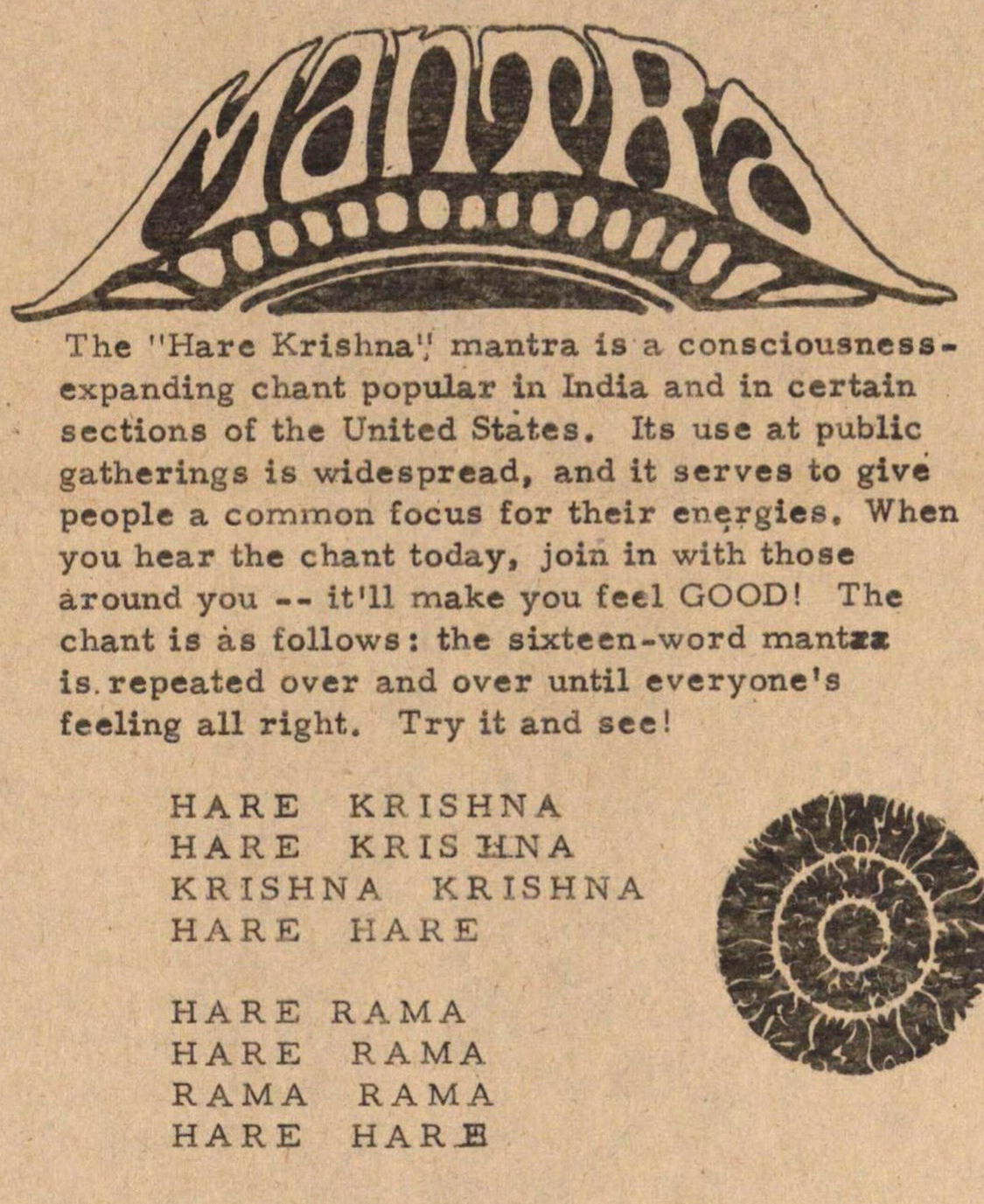 The "Hare Krishna" mantra is a consciousness-expanding chant popular in India and in certain sections of the United States. lts use at public gatherings is widespread, and it serves to give people a common focus for their energies. When you hear the chant today, join in with those around you - it'll make you feel GOOD! The chant is as follows : the sixteen-word mantra is repeated over and over until everyone's feeling all right. Try it and see!