Flash! This Is The News! Poetry Is Revolution! Ask Leroi Jones! Ask Yourself! 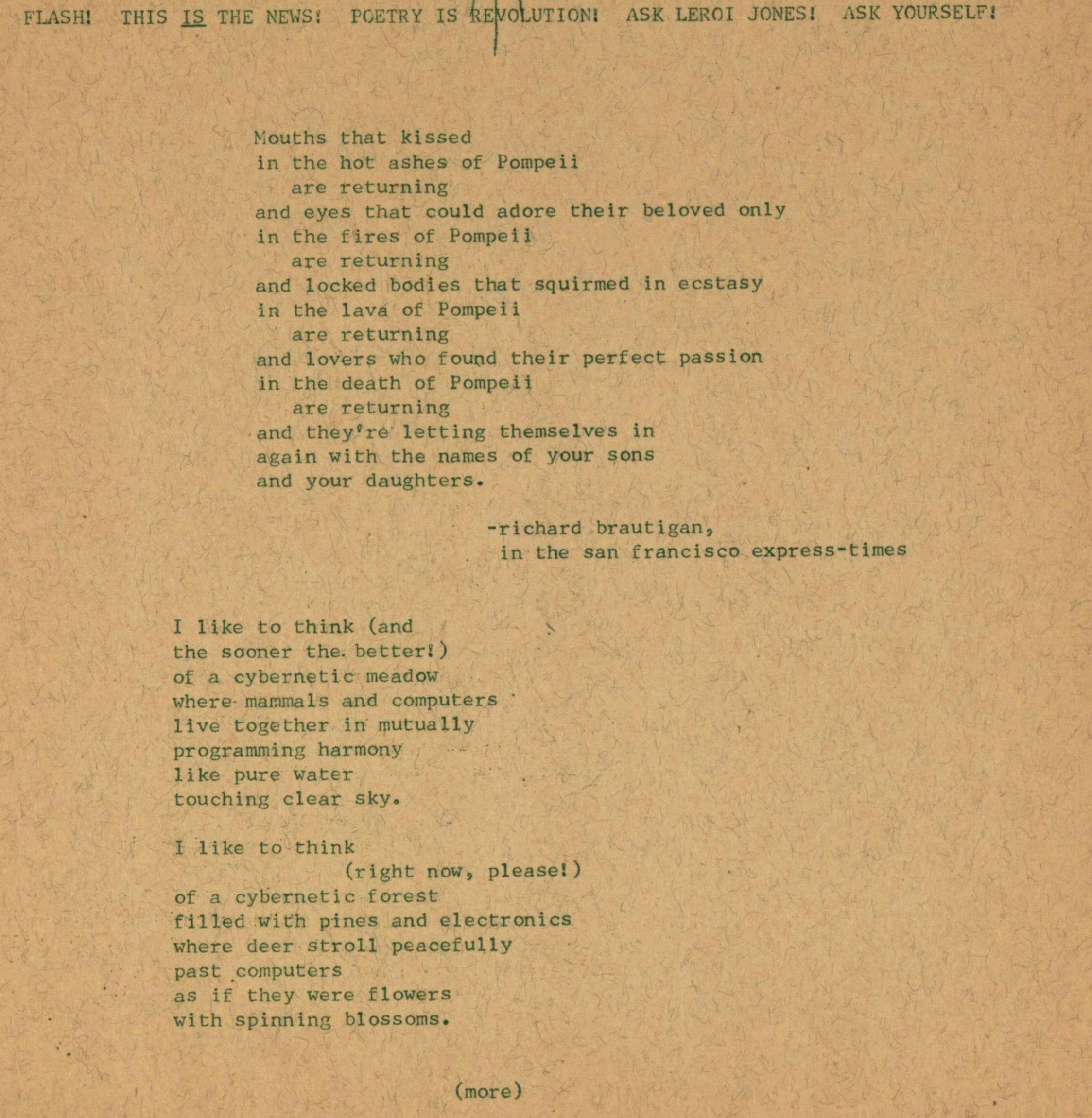 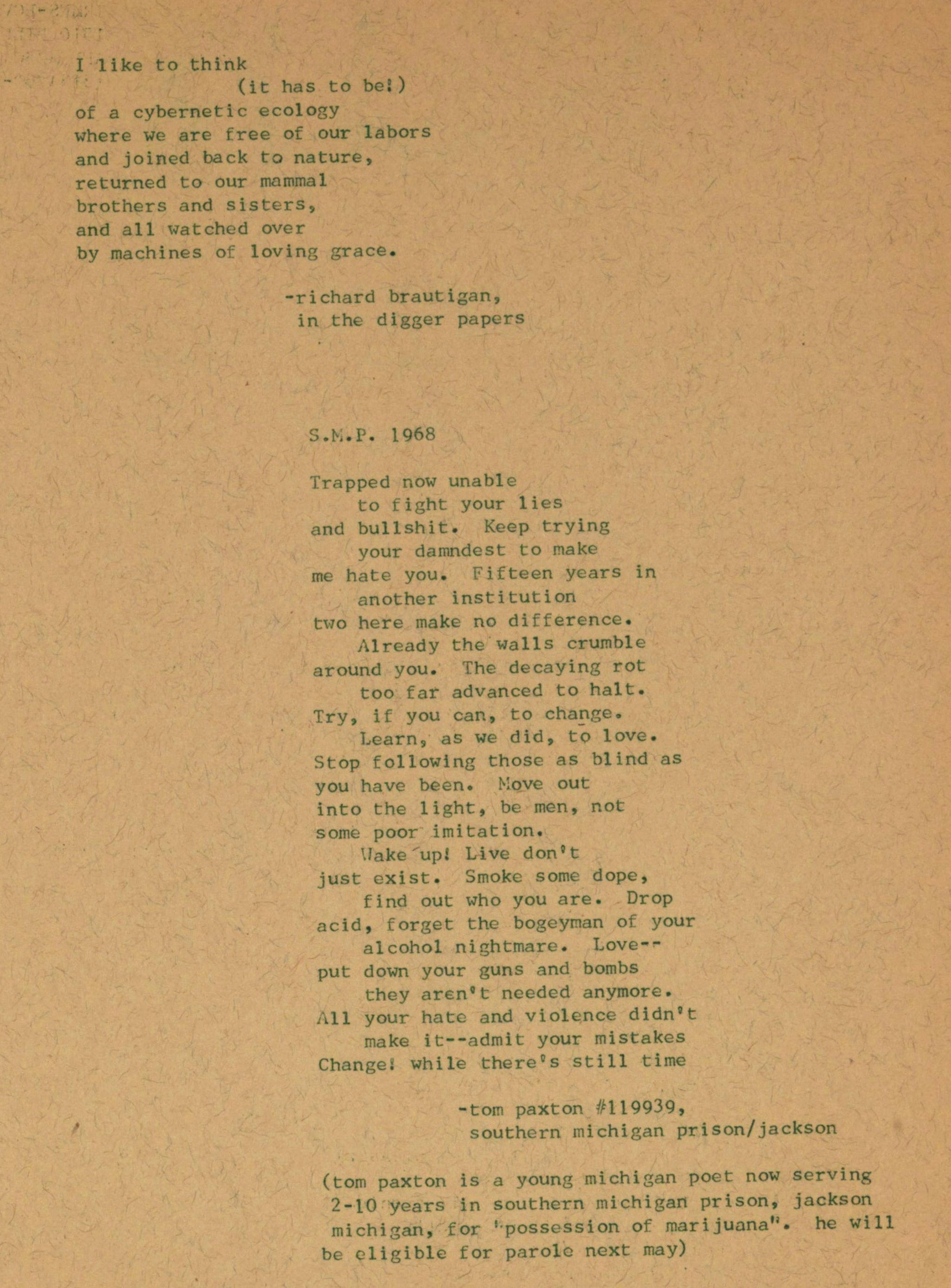 FLASH! THIS IS THE NEWS! POETRY IS REVOLUTION! ASK LEROI JONES! ASK YOURSELF!
Mouths that kissed
in the hot ashes of Pompeii
are returning
and eyes that could adore their beloved only
in the fires of Pompeii
are returning
and locked bodies that squirmed in ecstasy in the lava of Pompeii
are returning and lovers who found their perfect passion in the death of Pompeii
are returning and they're letting themselves in again with the names of your sons and your daughters.
-richard brautigan, in the san francisco express-times
I like to think (and the sooner the. better!) of a cybernetic meadow where. mammals and computers live together in mutually programming harmony like pure water touching clear sky.
I like to think
(right now, please!) of a cybernetic forest filled with pines and electronics where deer stroll peacefully past computers as if they were flowers with spinning blossoms.
(more)
I like to think
(it has to be!) of a cybernetic ecology where we are free of our labors and joined back to nature, returned to our mammal brothers and sisters, and all watched over by machines of loving grace.
-richard brautigan, in the digger papers
S.M.P. 1968
Trapped now unable
to fight your lies and bullshit. Keep trying
your damndest to make me hate you. Fifteen years in
another institution two here make no difference.
Already the walls crumble around you. The decaying rot
too far advanced to halt. Try, if you can, to change.
Learn, as we did, to love. Stop following those as blind as you have been. Move out into the light, be men, not some poor imitation.
Wake up! Live don't just exist. Smoke some dope,
find out who you are. Drop acid, forget the bogeyman of your
alcohol nightmare. Love-- put down your guns and bombs
they aren't needed anymore. All your hate and violence didn't
make it--admit your mistakes Change! while there's still time
-tom paxton #119939, southern michigan prison/jackson
(tom paxton is a young Michigan poet now serving 2-10 years in southern Michigan prison, jackson Michigan, for "possession of marijuana". he will be eligible for parole next may)