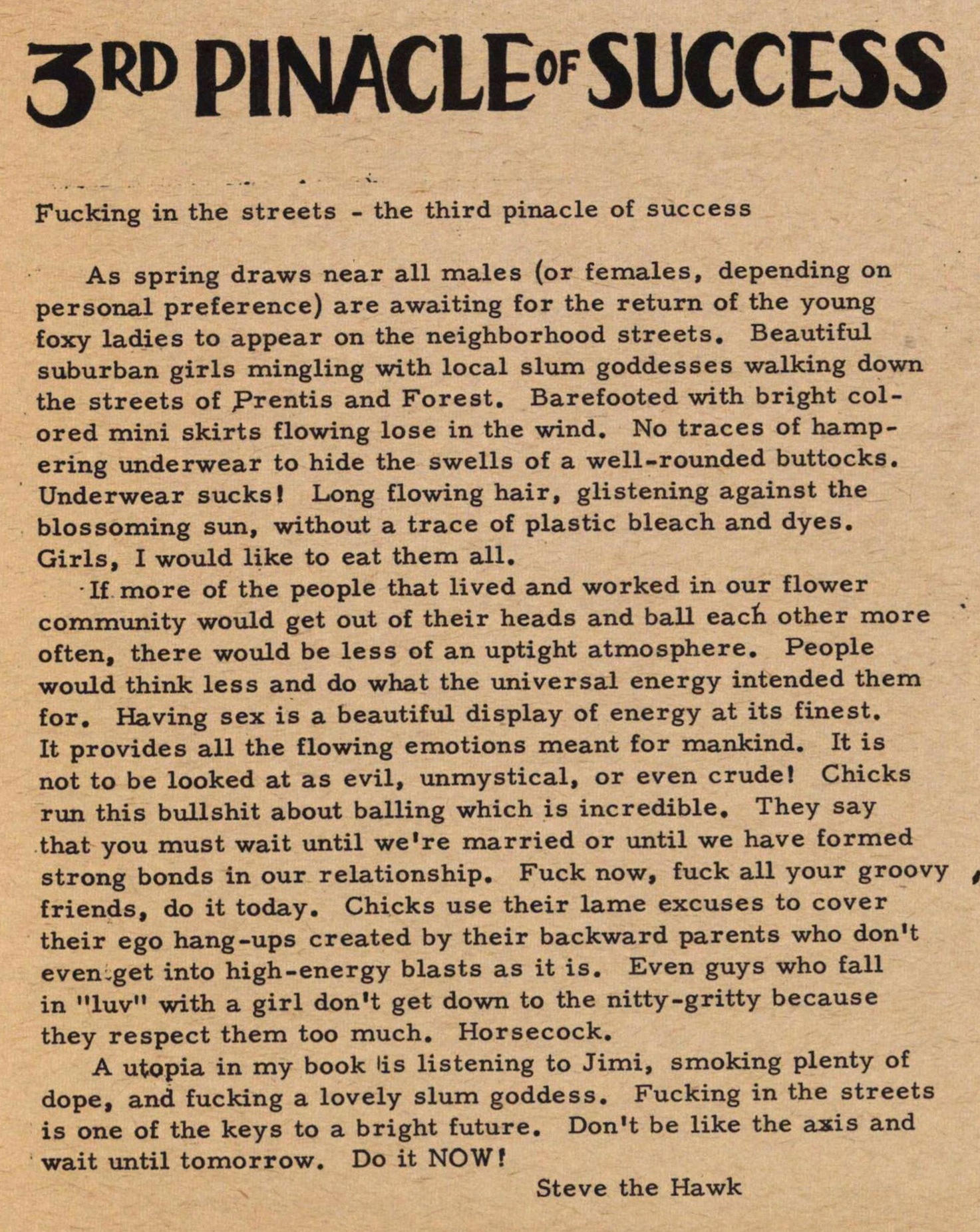 Fucking in the streets - the third pinacle of success As spring draws near all males (or females, depending on personal preference) are awaiting for the return of the young foxy ladies to appear on the neighborhood streets. Beautiful suburban girls mingling with local slum goddesses walking down the streets of Prentis and Forest. Barefooted with bright colored mini skirts flowing lose in the wind. No traces of hampering underwear to hide the swells of a well-rounded buttocks. Underwear sucks! Long flowing hair, glistening against the blossoming sun, without a trace of plastic bleach and dyes. Girls, I would like to eat them all. If more of the people that lived and worked in our flower community would get out of their heads and ball eacíi other more often, there would be less of an uptight atmosphere. People would think less and do what the universal energy intended them for. Having sex is a beautiful display of energy at its finest. It provides all the flowing emotions meant for mankind. It is not to be looked at as evil, unmystical, or even crude! Chicks run this bullshit about balling which is incredible. They say that you must wait until we're married or until we have formed strong bonds in our relationship. Fuck now, fuck all your groovy t friends, do it today. Chicks use their lame excuses to cover their ego hang -ups created by their backward parents who don't even.get into high-energy blasts as it is. Even guys who fall in "luv" with a girl don't get down to the nitty-gritty because they respect them too much. Horsecock. A utopia in my book lis listening to Jimi, smoking plenty of dope, and fucking a lovely slum goddess. Fucking in the streets is one of the keys to a bright future. Don't be like the axis and wait until tomorrow. Do it NOW f