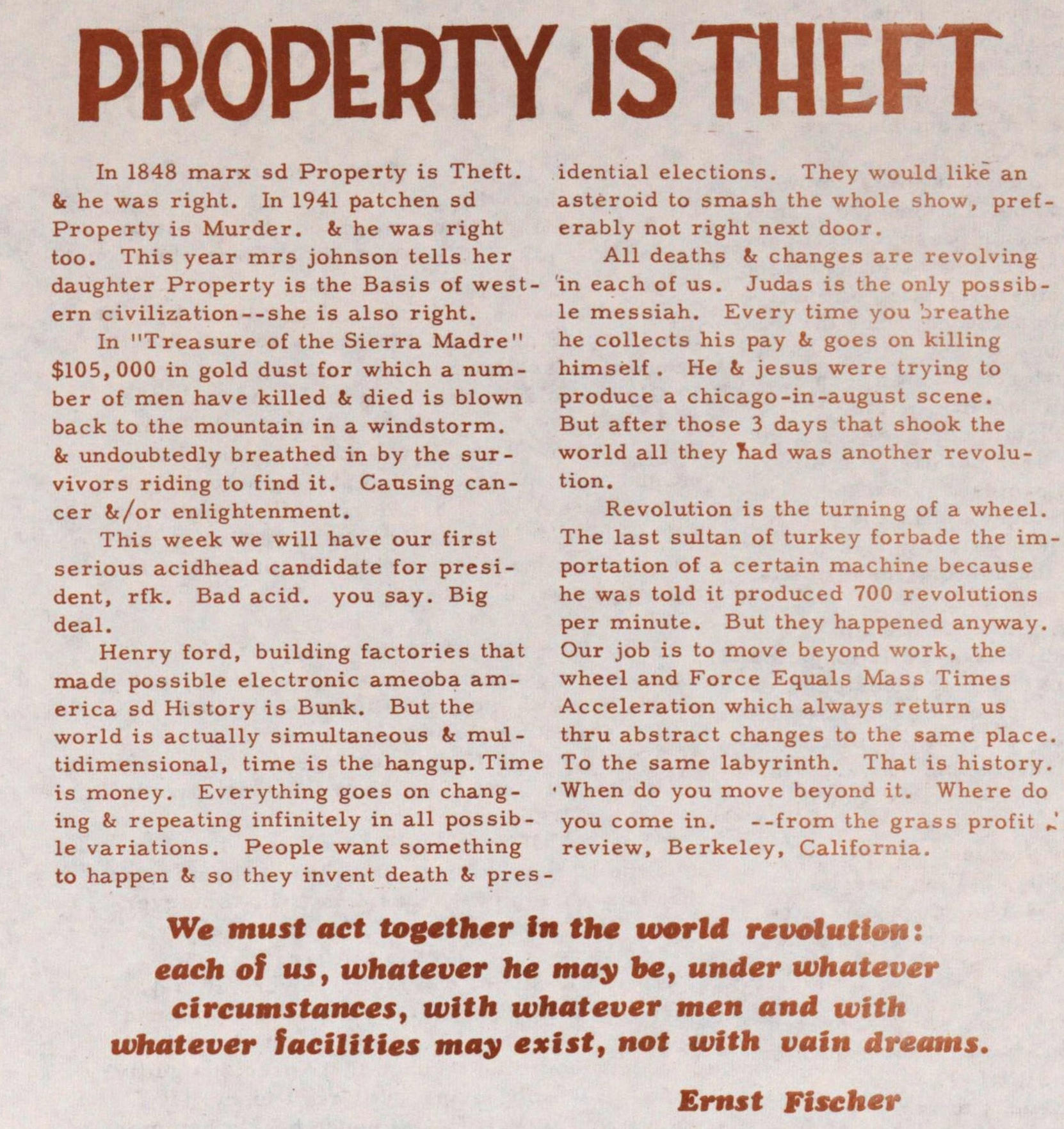 In 1848 marx sd Property is Theft. & he was right. In 1941 patchen sd Property is Murder. & he was right too. This year mrs johnson tells her daughter Property is the Basis of western civilization--she is also right. In "Treasure of the Sierra Madre" $105, 000 in gold dust for which a number of men have killed & died is blown back to the mountain in a windstorm. & undoubtedly breathed in by the survivors riding to find it. Causing cancer itor enlightenment. This week we will have our first serious acidhead candidate for president, rfk. Bad acid. you say. Big deal. Henry ford, building factories that made possible electronic ameoba america sd History is Bunk. But the world is actually simultaneous & multidimensional, time is the hangup. Time is money. Everything goes on changing & repeating infinitely in all possible variations. People want something to happen & so they invent death & idential elections. They would like an asteroid to smash the whole show, preferably not right next door. All deaths & changes are revolving ïn each of us. Judas is the only possible messiah. Every time you breathe he collects his pay & goes on killing himsèlf . He & jesus were trying to produce a Chicago -in -august scène. But after those 3 days that shook the world all they nad was another revolution. Revolution is the turning of a wheel. The last sultan of turkey forbade the importation of a certain machine because he was told it produced 700 revolutions per minute. But they happened anyway. Our job is to move beyond work, the wheel and Force Equals Mass Times Acceleration which always return us thru abstract changes to the same place. To the same labyrinth. That is history. 'When do you move beyond it. Where do you come in. --f rom the grass profit „' review, Berkeley, California. We must act together in the world revotutlon : eaeh of us, whatever he may be, under whatever circumstances, with whatever men and tvith whatever iacílíties may exist, not with vain dreams. Ernst Fiseher