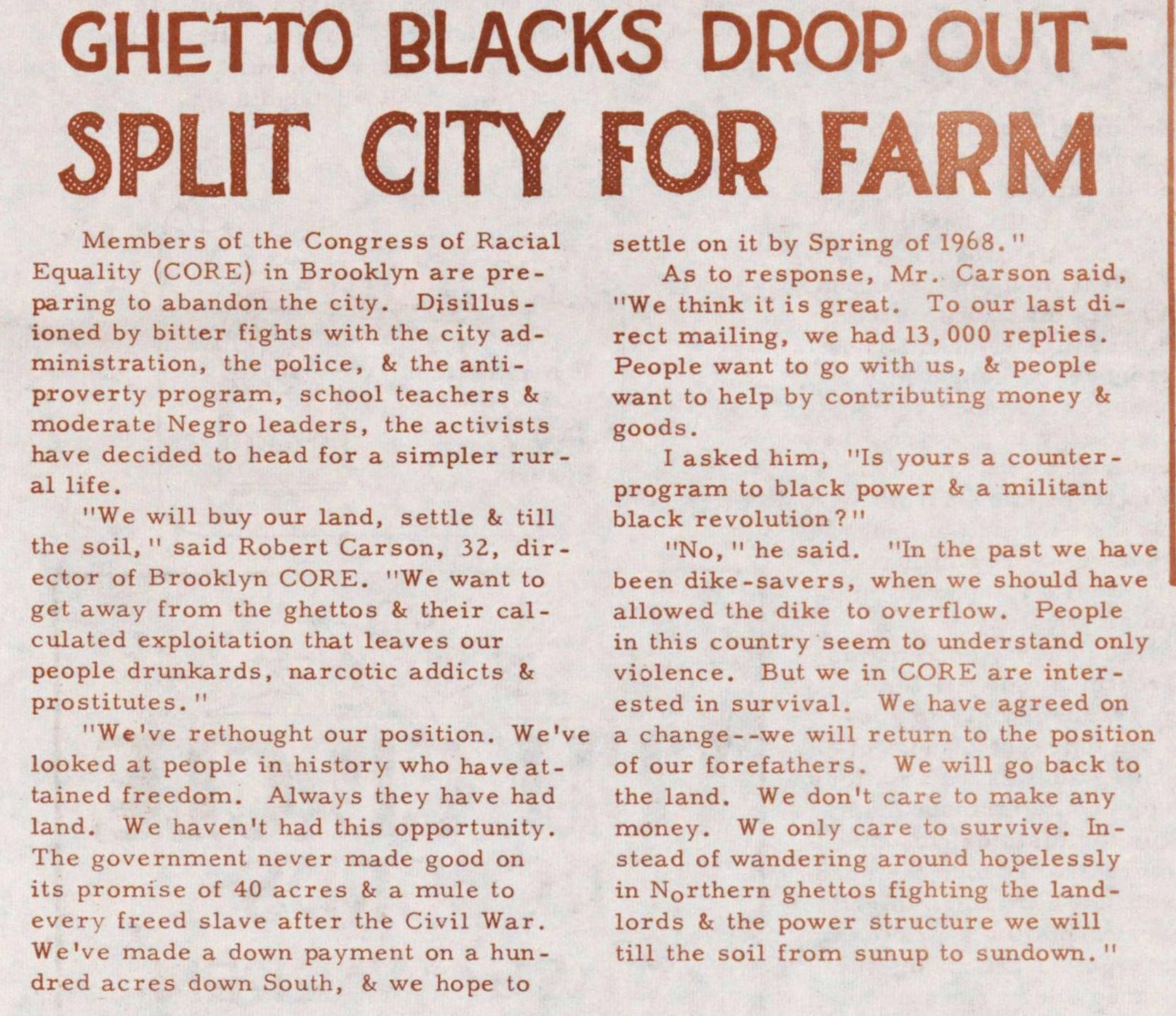 Members of the Congress of Racial Equality (CORE) in Brooklyn are preparing to abandon the city. Djsillusioned by bitter fights with the city administration, the pólice, & the antiproverty program, school teachers & moderate Negro leaders, the activists have decided to head for a simpler rural Ufe. "We will buy our land, settle & till the soil, " said Robert Carson, 32, director of Brooklyn CORE. "We want to get away from the ghettos & their calculated exploitation that leaves our people drunkards, narcotic addicts & prostitutes. " "We've rethought our position. We've looked at people in history who haveattained freedom. Always they have had land. We haven't had this opportunity. The government never made good on its promise of 40 acres & a mulé to every Creed slave after the Civil War. We've made a down payment on a hundred acres down South, & we hope to settle on it by Spring of 1968. " As to response, Mr. Carson said, "We think it is great. To our last direct mailing, we had 13, 000 replies. People want to go with us, & people want to help by contributing money & goods. I asked him, "Is yours a counterprogram to black power & a militant black revolution?" "No, " he said. "In the past we have been dike-savers, when we should have allowed the dike to overflow. People in this country seem to understand only violence. But we in CORE are interested in survival. We have agreed on a change--we will return to the position of our forefathers. We will go back to the land. We don't care to make any money. We only care to survive. Instead of wandering around hopelessly in Northern ghettos fighting the landlords & the power structure we will till the soil f rom sunup to sundown. "