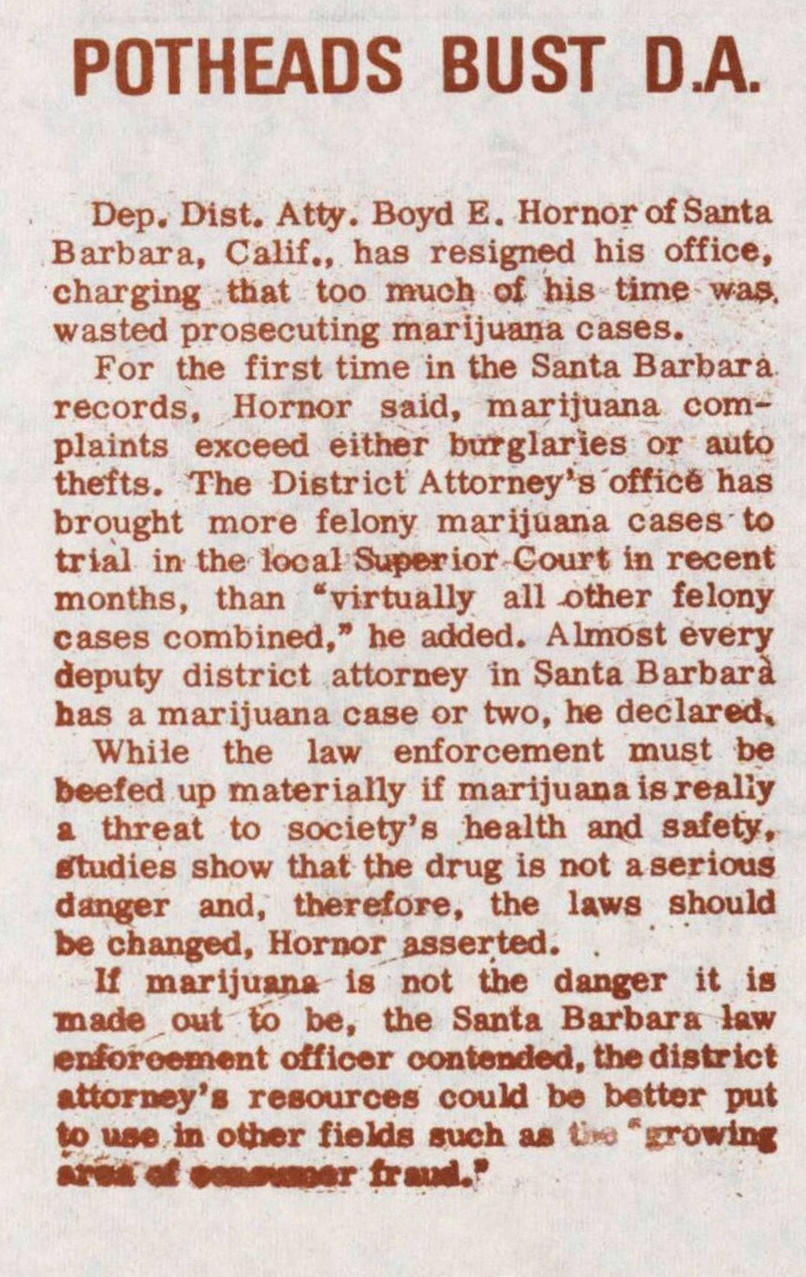 Dep. Dist. Atty. Boyd E. Hornor of Santa Barbara, Calif., has resigned his office, charging that too much of his time was wasted prosecuting marijuana cases.

For the first time in the Santa Barbara records, Hornor said, marijuana complaints exceed either burglaries or auto thefts. The District Attorney's office has brought more felony marijuana cases to trial in the local Superior Court in recent months, than "virtually all -other felony cases combined," he added. Almost every deputy district attorney in Santa Barbara has a marijuana case or two, he declared.

While the law enforcement must be beefed up materially if marijuana is really a threat to society's health and safety, studies show that the drug is not a serious danger and, therefore, the laws should be changed, Hornor asserted.

If marijuana is not the danger it is made out to be, the Santa Barbara law enforcement officer contended, the district attorney's resources could be better put to use in other fieIds such as the "growing area of consumer fraud."