Pigs In The Park 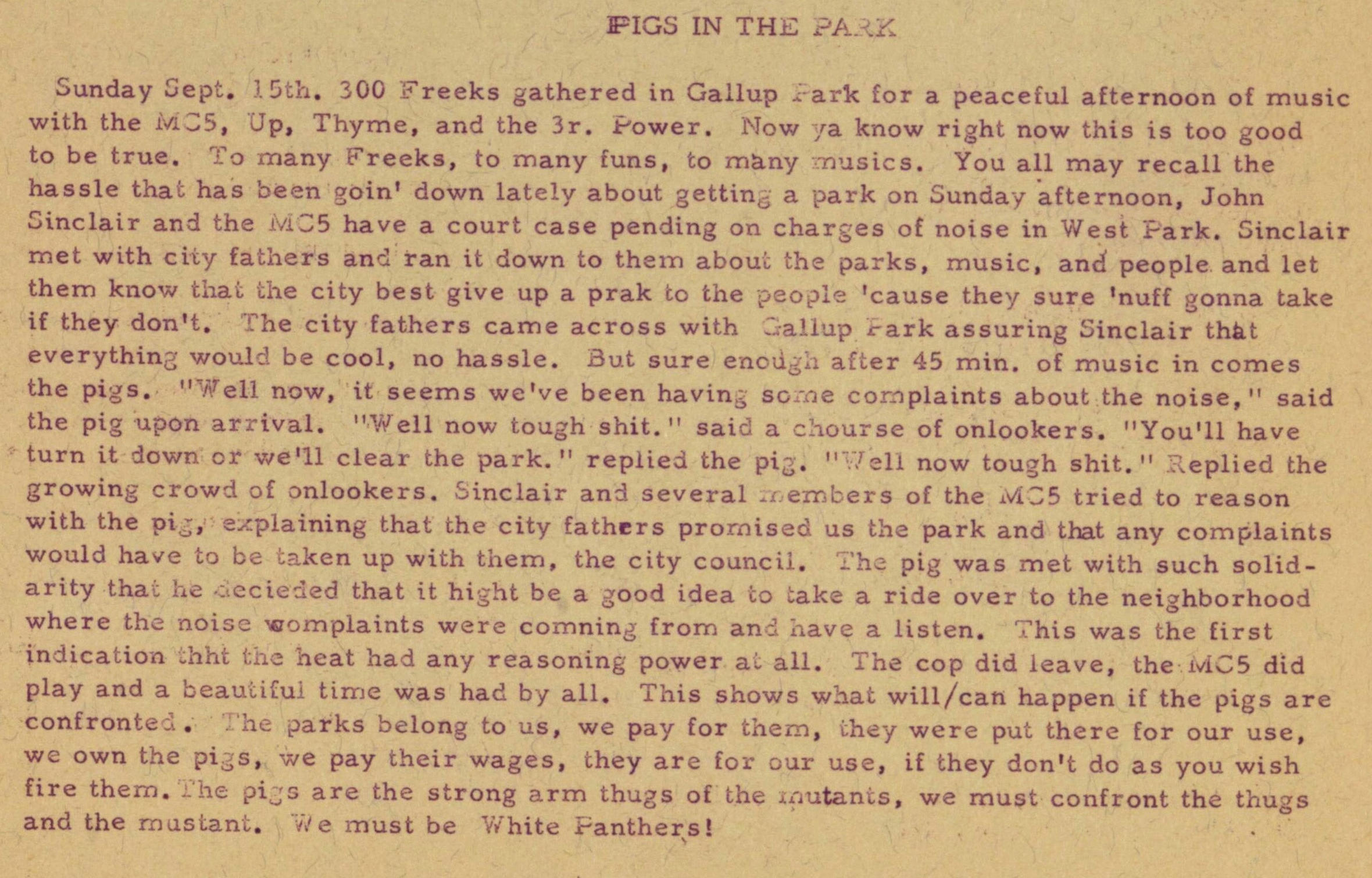 PIGS IN THE PARK

Sunday Sept. 15th. 300 Freeks gathered in Gallup ark for a peaceful afternoon of music with the MC5, Up, Thyme, and the 3r. Power. Now ya know right now this is too good to be true. To many Freeks, to many funs, to many musics. You all may recall the hassle that has been goin' down lately about getting a park on Sunday afternoon, John Sinclair and the MC5 have a court case pending on charges of noise in West Park. Sinclair met with city fathers and ran it down to them about the parks, music, and people and let them know that the city best give up a park to the people 'cause they sure 'nuff gonna take if they don't. The city fathers came across with Gallup Park assuring Sinclair that everything would be cool, no hassle. But sure enough after 45 min. of music in comes the pigs. "Well now, it seems we've been having some complaints about the noise," said the pig upon arrival. "Well now tough shit." said a chorus of onlookers. "You'll have turn it down or we'll clear the park." replied the pig. "Well now tough shit." Replied the growing crowd of onlookers. Sinclair and several members of the MC5 tried to reason with the pig, explaining that the city fathers promised us the park and that any complaints would have to be taken up with them, the city council. The pig was met with such solidarity that he decided that it might be a good idea to take a ride over to the neighborhood where the noise complaints were coming from and have a listen. This was the first indication that the heat had any reasoning power at all. The cop did leave, the MC 5 did play and a beautiful time was had by all. This shows what will/can happen if the pigs are confronted. The parks belong to us, we pay for them, they were put there for our use, we own the pigs, we pay their wages, they are for our use, if they don't do as you wish fire them.  The pigs are the strong arm thugs of the mutants, we must confront the thugs and the mutant. We must be White Panthers!