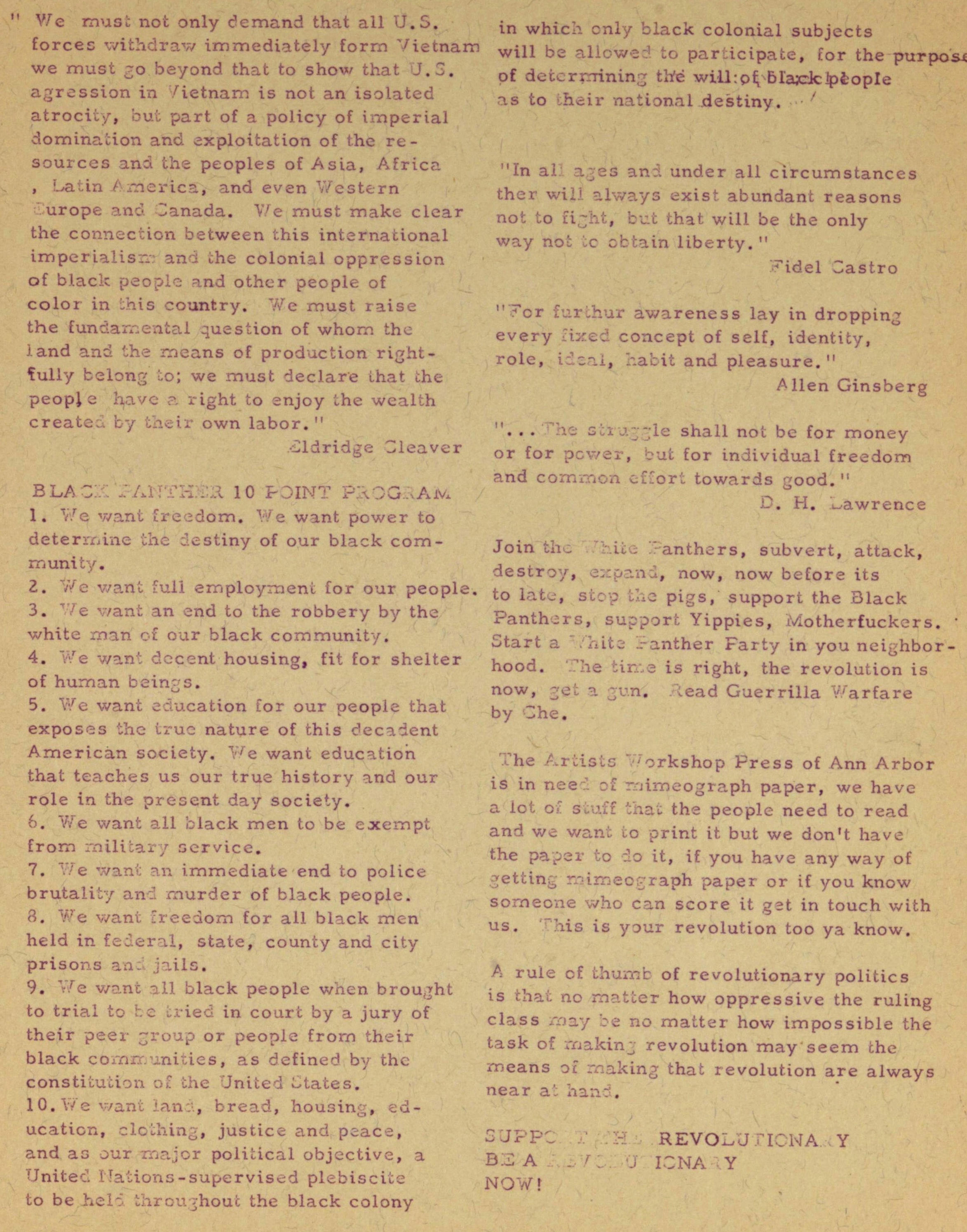 1. We want freedom. We want power to determine the destiny of our black community.

2. We want full employment for our people.

3. We want an end to the robbery by the white man of our black community.

4. We want decent housing, fit for shelter of human beings.

6. We want all black men to be exempt from military service.

7. We want an immediate end to police brutality and murder of black people.

8. We want freedom for all black men held in federal, state, county and city prisons and jails.

9. We want all black people when brought to trial to be tried in the court by a jury of their peer group or people from their black communities, as defined by the constitution of the United States.

10. We want land, bread, housing, education, clothing, justice and peace, and as our major political objective, a United Nations-supervised plebiscite to be held throughout the black colony in which only black colonial subjects will be allowed to participate, for the purpose of determining the will of black people as to their national destiny.

"In all ages and under all circumstances there will always exist abundant reasons not to fight, but that will be the only way not to obtain liberty"

"For further awareness lay in dropping every fixed concept of self, identity, role, ideal, habit and pleasure"

"...The struggle shall not be for money or for power, but for individual freedom and common effort towards good"

Join the White Panthers, subvert, attack, destroy, expand, now, now before its too late, stop the pigs, support the Black Panthers, support Yippies, Motherfuckers. Start a White Panther Party in your neighborhood. The time is right, the revolution is now, get a gun. Read Guerrilla Warfare by Che.

The Artists Workshop Press of Ann Arbor is in need of mimeograph paper, we have a lot of stuff that the people need to read and we want to print it but we don't have the paper to do it, if you have any way of getting mimeograph paper or if you know someone who can score it get in touch with us. This is your revolution too ya know.