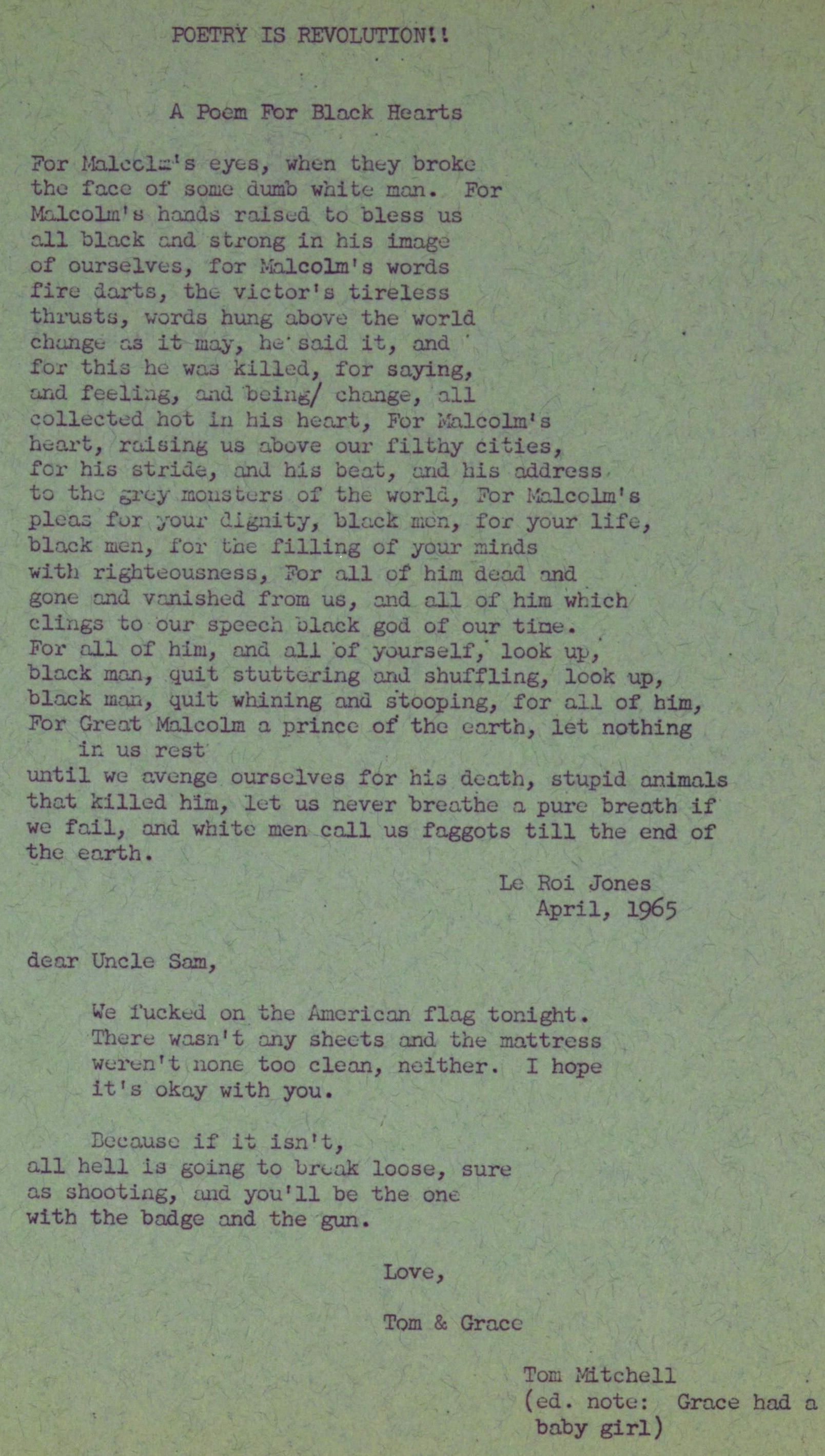 A Poem For Black Hearts

For Malcolm's eyes, when they broke

the face of some dumb white man. For

Malcolm's hands raised to bless us

all black and strong in his image

of ourselves, for Malcolm's words

thrusts, words hung above the world

change as it may, he said it, and

for this he was killed, for saying,

and feeling, and being/change, all

collected hot in his heart, For Malcolm's

heart, raising us above our filthy cities,

for his stride, and his beat, and his address

to the grey monsters of the world, For Malcolm's

pleas for your dignity, black men, for your life,

black men, for the filling of your minds

with righteousness, For all of him dead and

gone and vanished from us, and all of him which

clings to our speech black god of our time.

For all of him, and all of yourself, look up,

black man, quit whining and stooping, for all of him,

For Great Malcolm a prince of the earth, let nothing in us rest

until we avenge ourselves for his death, stupid animals that killed him, let us never breathe a pure breath if we fail, and white men call us faggots till the end of the earth.