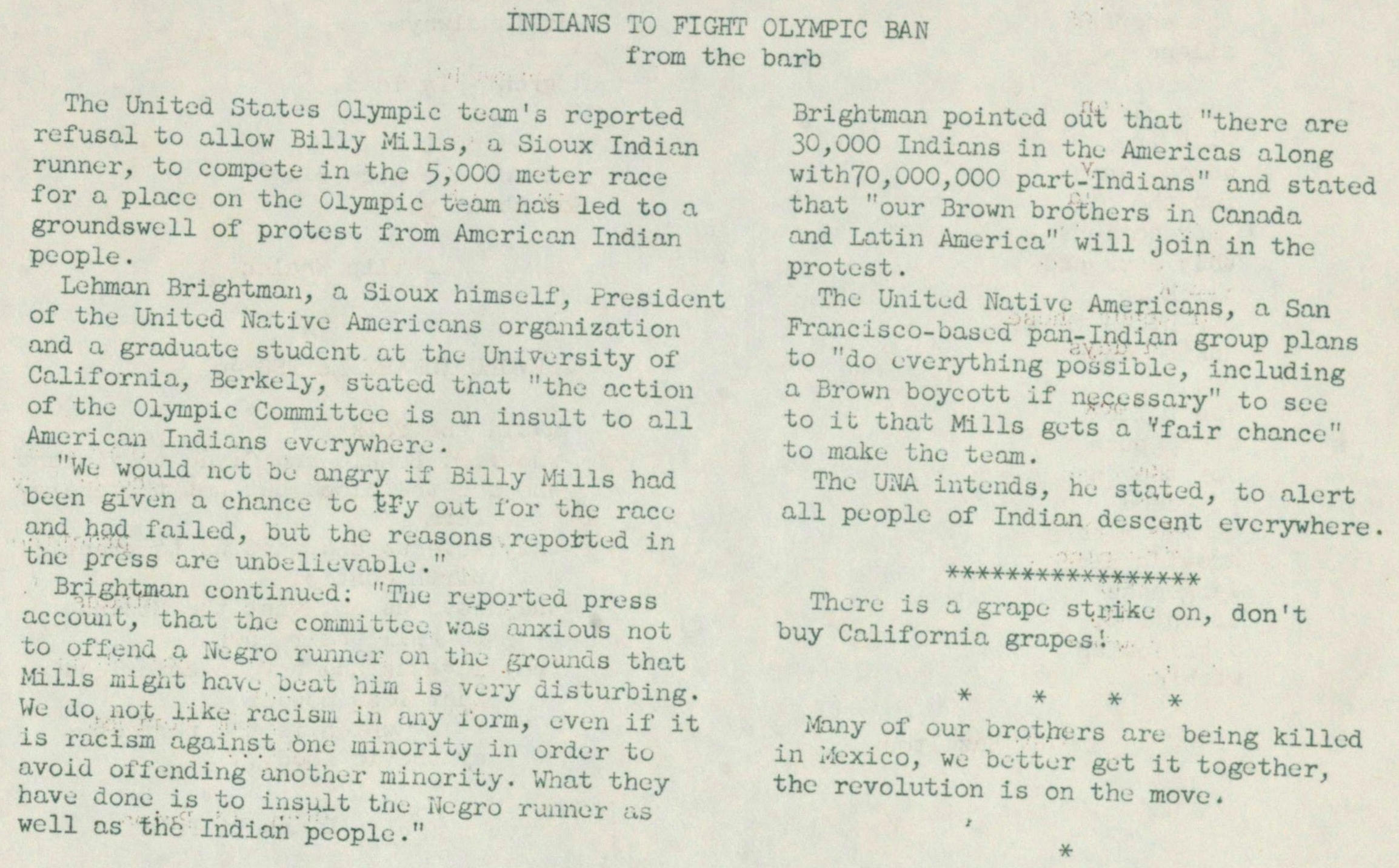 The United States Olympic team's reported refusal to allow Billy Mills, a Sioux Indian runner, to compete in the 5,000 meter race for a place on the Glympic team has led to a groundswell of protest from American Indian people.

Lehman Brightman, a Sioux himself, President of the United Native Americans organization and a graduate student at the University of California, Berkely, stated that r'the action of the Olympic Committee is an insult to all American Indians everywhere. "We would net bo angry if Billy Mills had been given a chance to %Vy out i'or the race and had f ai led, but the reasons reported in the press are unbelievable ." Brightman continued: "The reported press account, that the committee was anxious not to offend a Negro runner on the grounds that Mills might have beat him is very disturbing. We do not like racism in any form, even if it is racism against one minority in order to avoid offending another minority, What they have done is to insult the Negro runner as well as the Indian people."

Brightman pointed out that "there are 30,000 Indians in the Americas along with 70,000,000 part-Indians" and stated that "our Brown brothers in Canada and Latin America" will join in the protest.

The United Native Americans, a San Francisco-based pan-Indian group plans to "do everything possible, including a Brown boycott if necessary" to see to it that Mills gets a "fair chance" to make the team. The UNA intends, he stated, to alert all people of Indian descent everywhere.

There is a grape strike on, don't buy California grapes!

Many of our brothers are being killed in Mexico, we better get it together, the revolution is on the move.