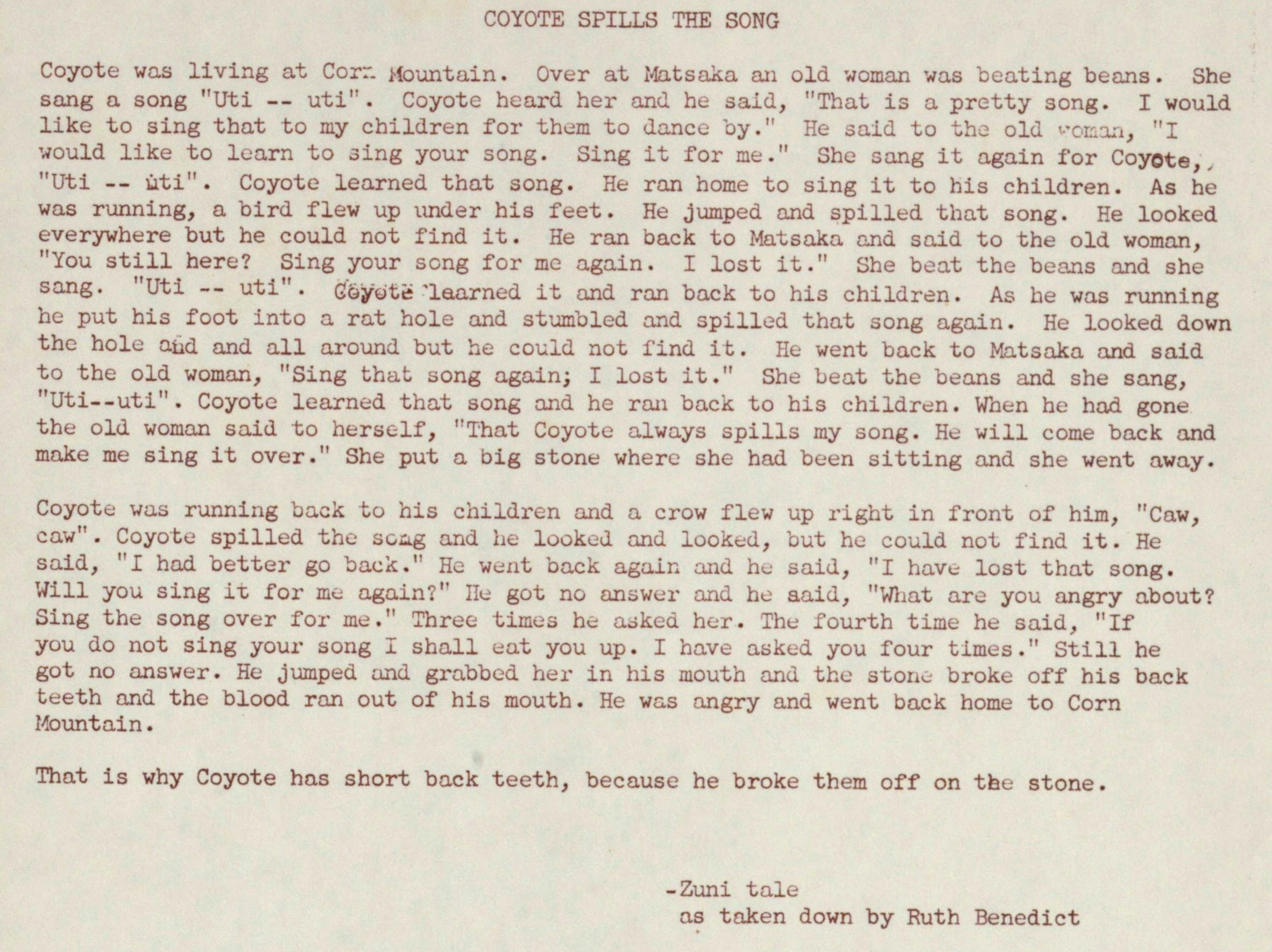 Coyote was running back to his children and a crow flew up right in front of him, "Caw, caw" . Coyote spilled the song and he looked and looked, but he could not find it . He said, "I had better go back." He went back again and he said, "I have lost that song. Will you sing ix for me again?' He got no answer and he said, "What are you angry about? Sing the song over for me." Three times he asked her. The fourth time he said, "If you do not sing your song I shall eat you up. I have asked you four times." Still he got no answer. He jumped and grabbed her in his mouth and the stone broke off his back teeth and the blood ran out of his mouth. He was angry and went back home to Corn Mountain. That is why Coyote has short back teeth, because he broke them off on the stone.