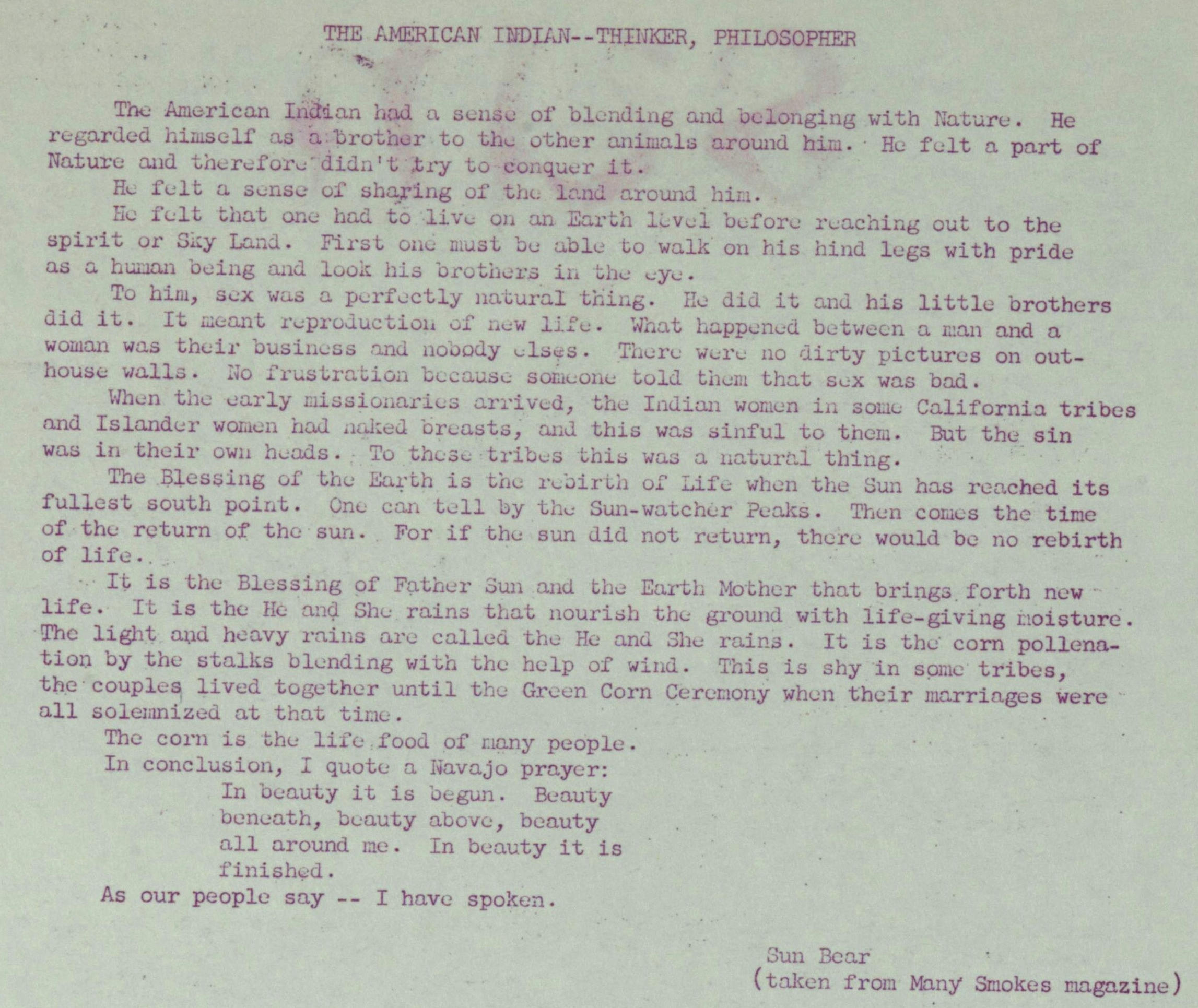 The American Indian had a sense of blending and belonging with Nature. He regarded himself as a brother to the animals around him. He felt a part of Nature and therefore didn't try to conquer it.

He felt a sense of sharing of the land around him.

He felt that one had to live on an Earth level before reaching out to the spirit or Sky Land. first one must be able to walk on his hind legs with pride as a human being and look his brothers in the eye.

To him, sex was a perfectly natural thing. He did it and his little brothers did it. It meant reproduction of new life. What happened between a man and a woman was their business and nobody elses. There were no dirty pictures on outhouse walls. No frustration because someone told them that sex was bad.

When the early missionaries arrived, the Indian women in some California tribes and Islander women had naked breasts, and this was sinful to them. But the sin was in their own heads. To these tribes this was a natural thing.

The Blessing of the Earth is the rebirth of Life when the Sun has reached its fullest south point. One can tell by the Sun-watcher Peaks. Then comes the time of the return of the sun. For if the sun did not return, there would be no rebirth of life.

It is the Blessing of Father Sun and the Earth Mother that brings forth new life. It is the He and She rains that nourish the ground with life-giving moisture. The light and heavy rains are called the HE and She rains. It is the corn pollenation by the stalks blending with the help of wind. This is why in some tribes, the couples lived together until the Green Corn Ceremony when their marriages were all solemnized at that time.

The corn is the life food of many people.

In conclusion, I quote a Navajo prayer:

in beauty it is begun. Beauty

beneath, beauty above, beauty

all around me. In beauty it is

As our people say -- I have spoken

(taken from Many Smokes magazine)