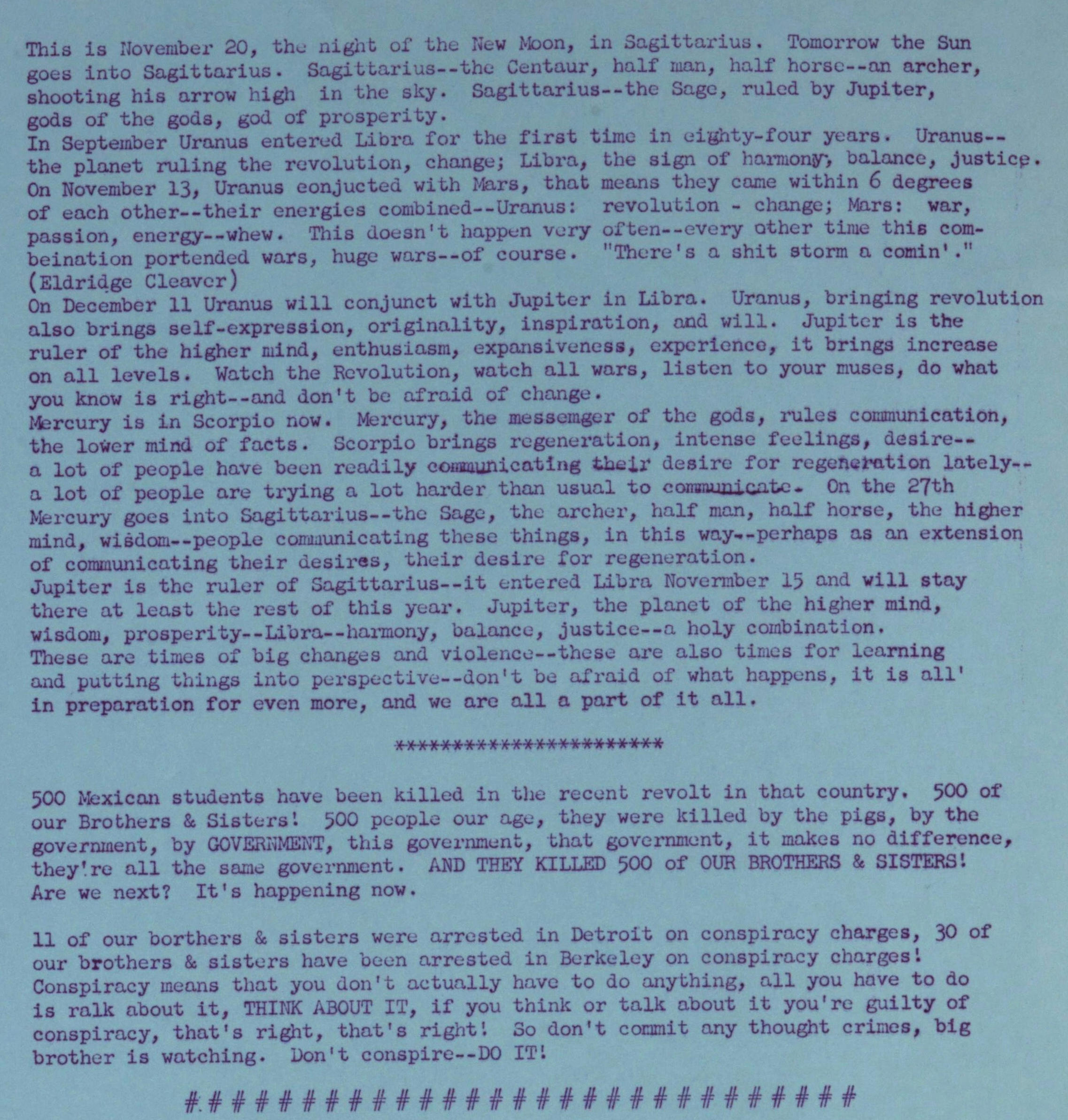 On December 11 Uranus will conjunct Jupiter in Libra. Uranus, bringing revolution also brings self-expression, originality, inspiration, and will. Jupiter is the ruler of the higher mind, enthusiasm, expansiveness, experience, it brings increase on all levels. Watch the Revolution, watch all wars, listen to your muses, do what you know is right--and don't be afraid of change.

Jupiter is the ruler of Sagittarius--it entered Libra November 15 and will stay there at least the rest of this year. Jupiter, the planet of the higher mind, wisdom, prosperity--Libra--harmony, balance, justice--a holy combination.

These are times of big changes and violence--these are also times for learning and putting things into perspective--don't be afraid of what happens, it is all in preparation for even more, and we are all a part of it all.

500 Mexican students have been killed in the recent revolt in that country. 500 of our Brothers & Sisters! 500 people our age, they were killed by the pigs, by the government, by GOVERNMENT, this government, that government, it makes no difference, they're all the same government. AND THEY KILLED 500 of OUR BROTHERS & SISTERS! Are we next? It's happening now.

11 of our brothers & sisters were arrested in Detroit on conspiracy charges, 30 of our brothers & sisters have been arrested in Berkeley on conspiracy charges. Conspiracy means that you don't actually have to do anything, all you have to do is talk about it, THINK ABOUT IT, if you think or talk about it you're guilt of conspiracy, that's right, that's right! So don't commit any thought crimes, big brother is watching. Don't conspire--DO IT!