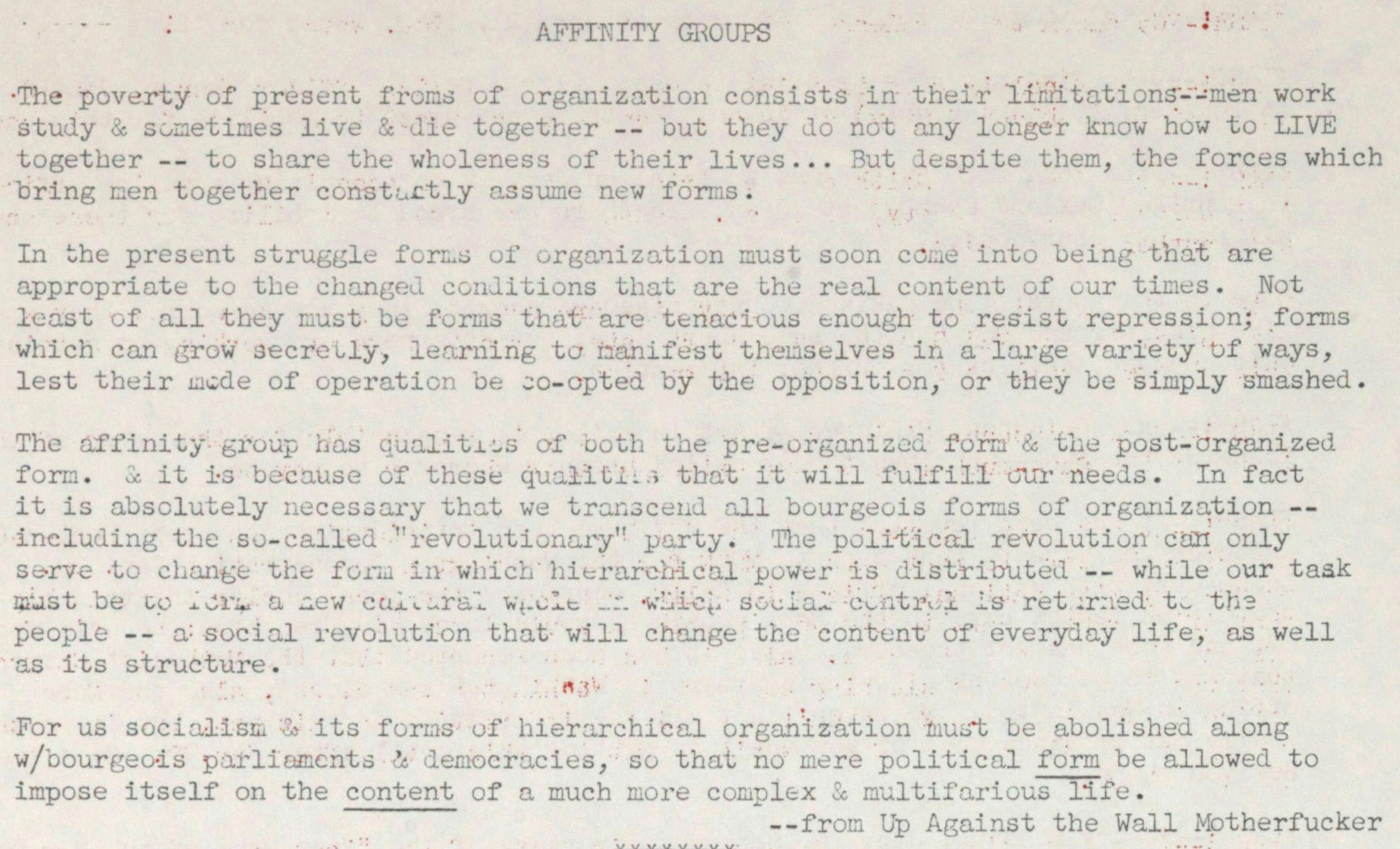 The poverty of present forms of organization consists in their limitations--men work study & sometimes live & die together -- but they do not any longer know how to LIVE together -- to share the wholeness of their lives.... But despite them, the forces which bring men together constantly assume new forms.

In the present struggle forms of organization must soon come into being that are appropriate to the changed conditions that are the real content of our times.  Not least of all they must be forms that are tenacious enough to resist repression; forms which can grow secretly, learning to manifest themselves in a large variety of ways, lest their mode of operation be co-opted by the opposition, or they be simply smashed.

The affinity group has qualities of both the pre-organized form & the post-organized form.  & it is because of these qualities that it will fulfill our needs.  In fact it is absolutely necessary that we transcend all bourgeois forms of organization -- including the so-called '"revolutionary" party.  The political revolution can only serve to change the form in which hierarchical power is distributed -- while our task must be to form a new cultural whole in which social control is returned to the people -- a social revolution that will change the content of everyday life, as well as its structure.