And The Brother Was Gagged! 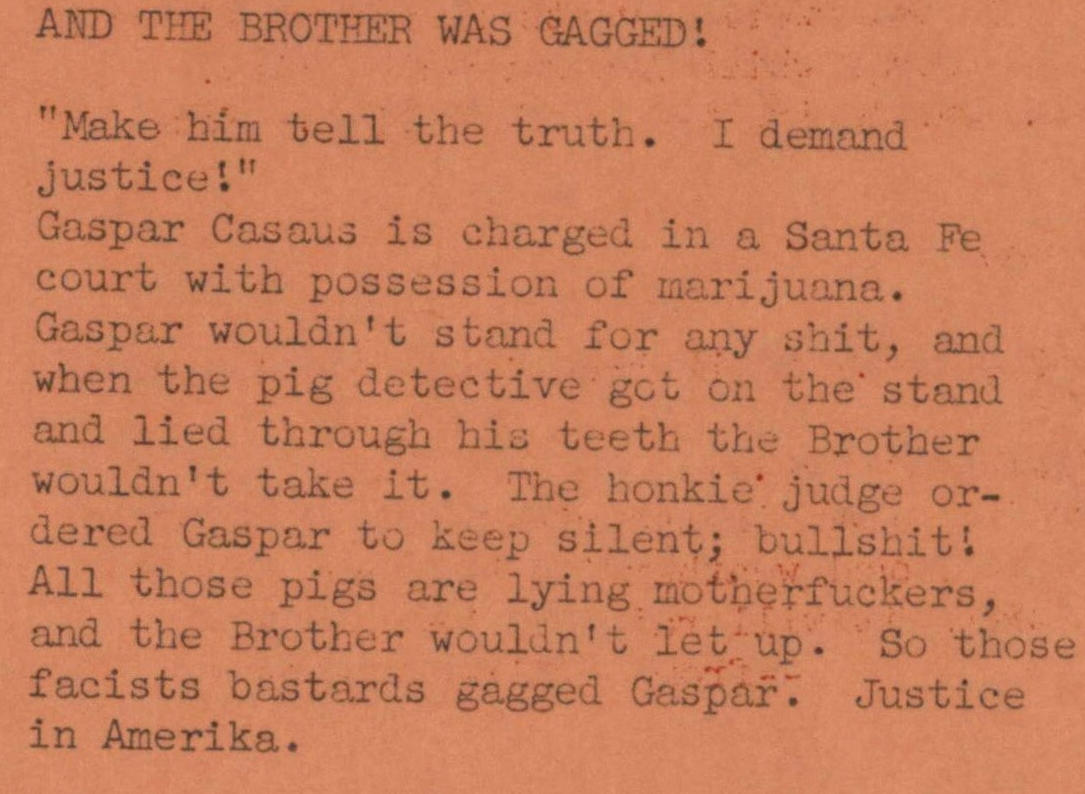 Gaspar Casaus is charged in a Santa Fe court with possession of marijuana.  Gaspar wouldn't stand for any shit, and when the pig detective got on the stand and lied through his teeth the Brother wouldn't take it.  The honkie judge ordered Gaspar to keep silent; bullshit!  All those pigs are lying motherfuckers, and the Brother wouldn't let up. So those facists bastards gagged Gaspar.  Justice in Amerika.