To Make A Revolutionary Move 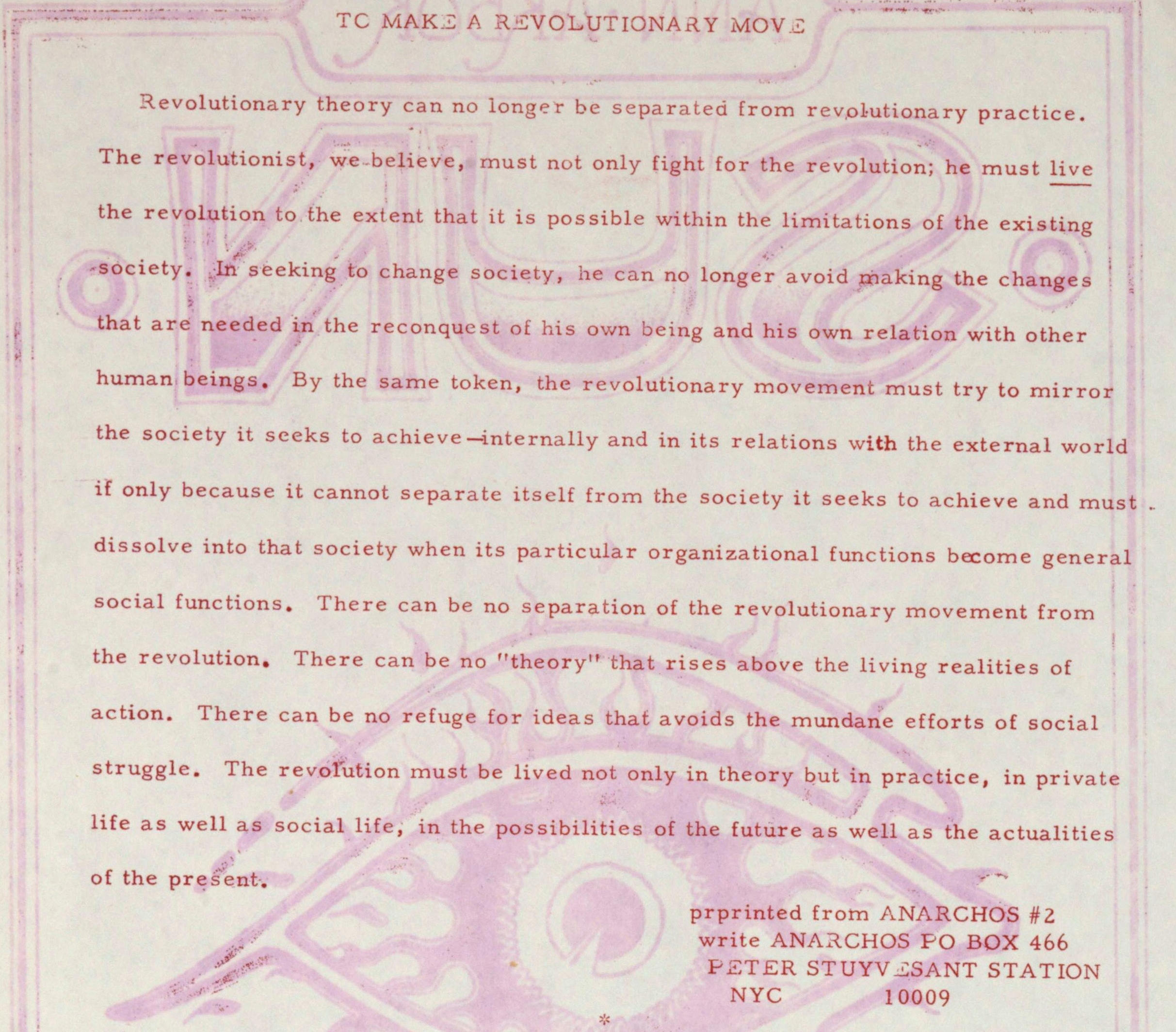 TO MAKE A REVOLUTIONARY MOVE

Revolutionary theory can no longer be separated from revol-utionary practice. The revolutionist, we believe, must not only fight for the revolution; he must live the revolution to the extent that it is possible within the limitations of the existing society. In seeking to change society, he can no longer avoid making the changes that are needed in the reconquest of his own being and his own relation with other human beings. By the same token, the revolutionary movement must try to mirror the society it seeks to achieve --internally and in its relations with the external world if only because it cannot separate itself from the society it seeks to achieve and must dissolve into that society when its particular organizational functions become general social functions. There can be no separation of the revolutionary movement from the revolution. There can be no "theory" that rises above the living realities of action. There can be no refuge for ideas that avoids the mundane efforts of social struggle. The revolution must be lived not only in theory but in practice, in private life as well as social life, in the possibilities of the future as well as the actualities of the present.