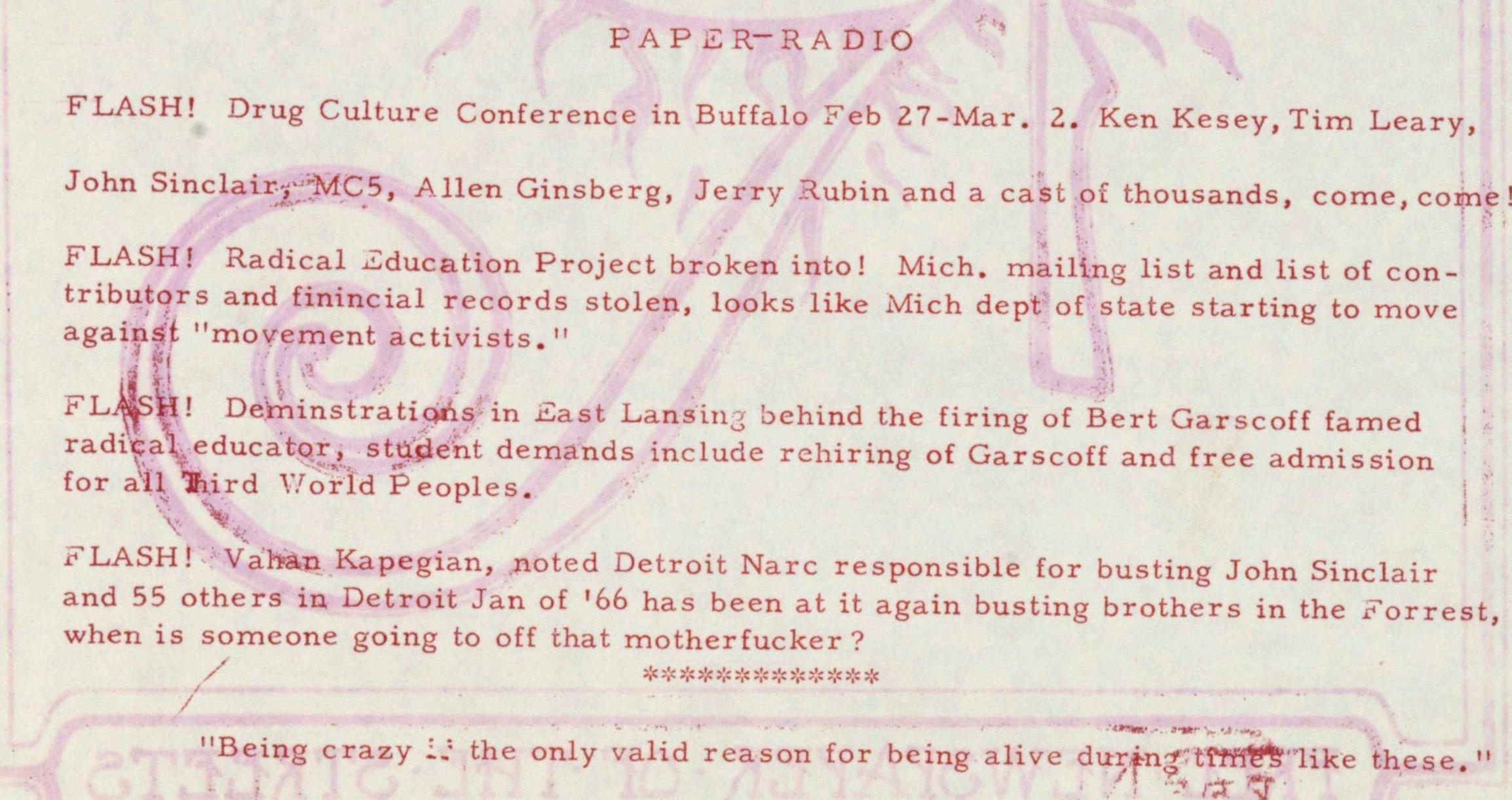 FLASH! Demonstrations in East Lansing behind the firing of Bert Garscoff famed radiacal educator, student demands include rehiring of Garscoff and free admission for all Third World Peoples.

FLASH! Vahan Kapegian, noted Detroit Narc responsible for busting John Sinclair and 55 others in Detroit Jan of '66 has been at it again busting brothers in the Forrest, when is someone going to off that motherfucker?