Lsd For The Community 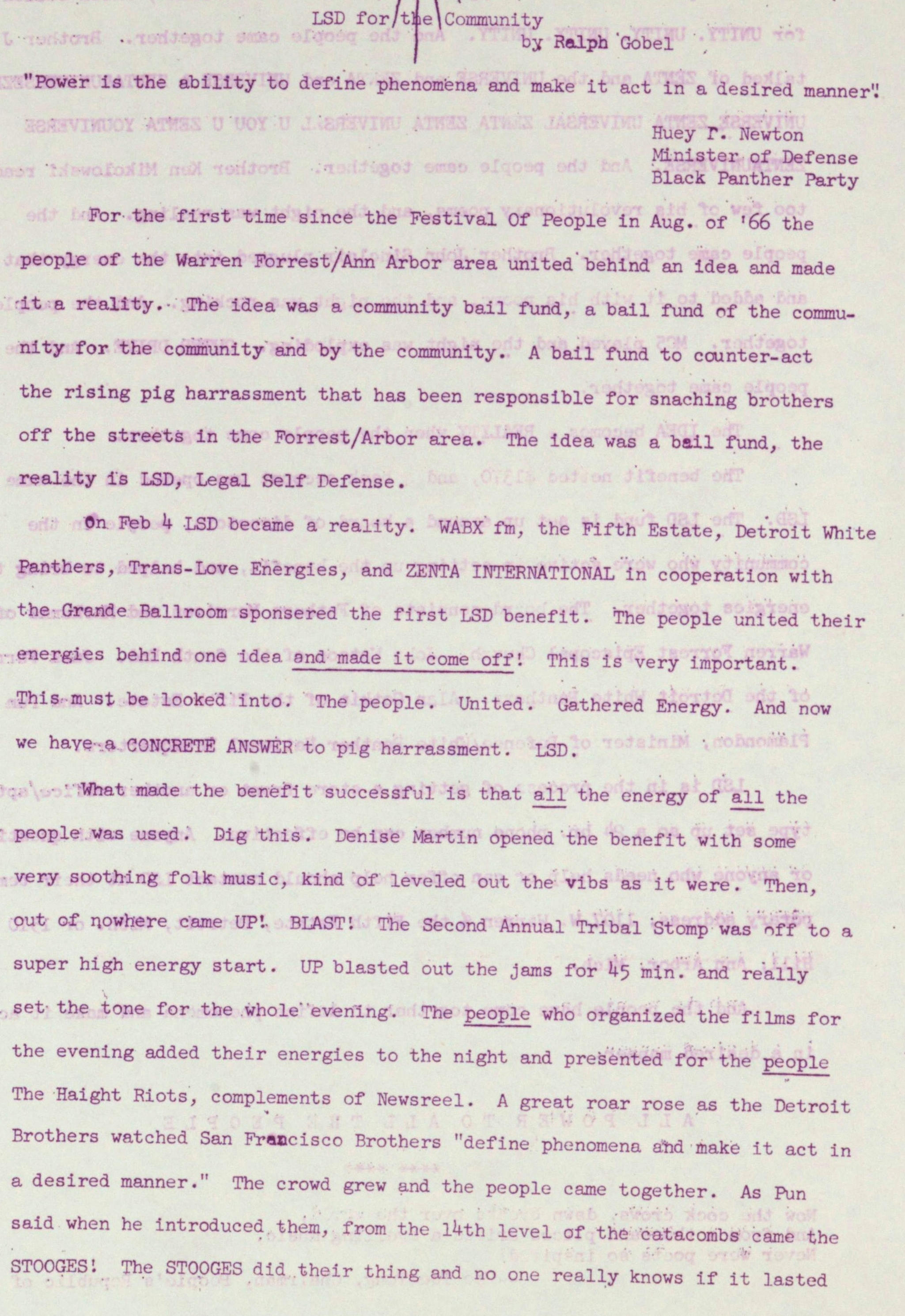 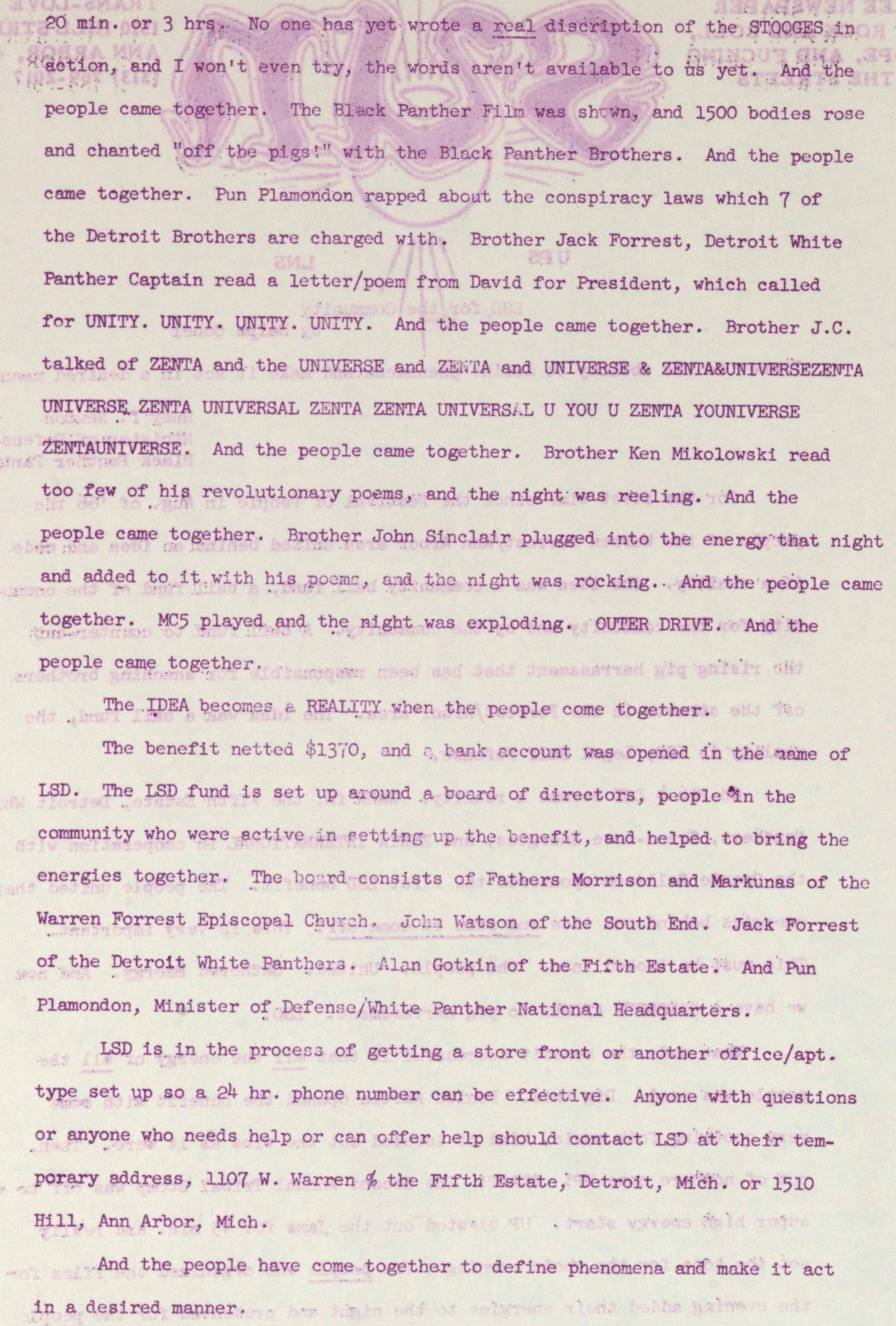 LSD for the Community

On Feb 4 LSD became a reality. WABX fm, the Fifth Estate, Detroit White Panthers, Trans-Love Energies, and ZENTA INTERNATIONAL in cooperation with the Grande Ballroom sponsored the first LSD benefit. The people united their energies behind one idea and made it come off!  This is very important. This must be looked into. The people. United. Gathered Energy. And now we have a CONCRETE ANSWER to pig harrassment. LSD.

The IDEA becomes a REALITY when the people come together.

The benefit netted $1370, and a bank account was opened in the name of LSD. The LSD fund is set up around a board of directors, people in the community who were active in setting up the benefit, and helped to bring the energies together. The board consists of Fathers Morrison and Markunas of the Warren Forrest Episcopal Church, John Watson of the South End. Jack Forrest of the Detroit White Panthers. Alan Gotkin of the Fifth Estate. And Pun Plamondon, Minister of Defense/White Panther National Headquarters.

LSD is in the process of getting a store front or another office/apt. type set up so a 24 hr. phone number can be effective. Anyone with questions or anyone who needs help or can offer help should contact LSD at their temporary address, 1107 W. Warren, the Fifth Estate, Detroit, Mich. or 1510 Hill, Ann Arbor, Mich.

And the people have come together to define phenomena and make it act in a desired manner.