All Power To The People! 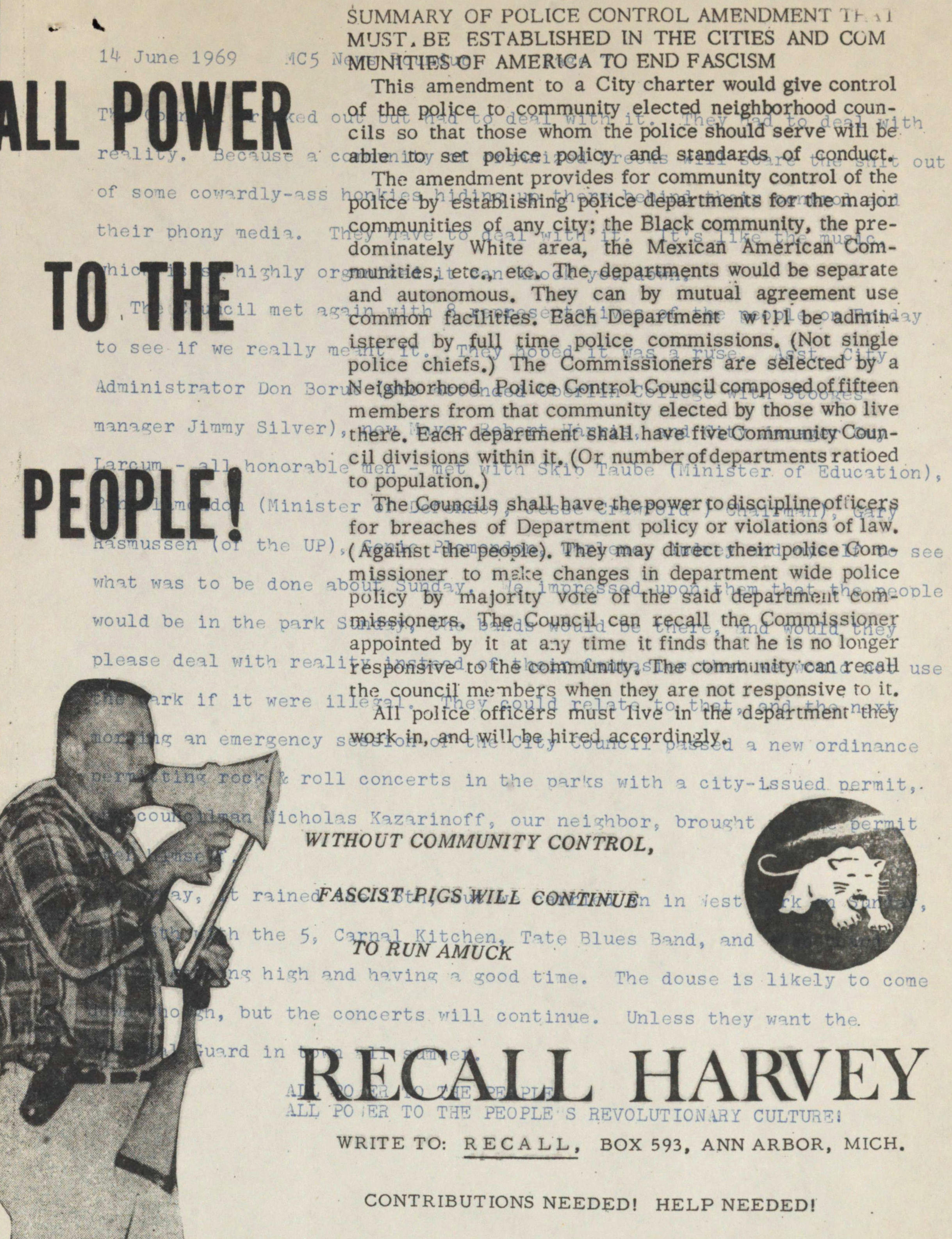 This amendment to a city charter would give control of the police to community elected neighborhood councils so that those whom the police should serve will be able to set police policy and standards of conduct.

The amendment provides for community control of the police by establishing police departments for the major communities of any city; the Black community, the predominately White area, the Mexican American Communities, etc., etc. The departments would be separate and autonomous. They can by mutual agreement use common facilities. Each Department will be administered by full time police commissions. (Not single police chiefs.) The Commissioners  are selected by a Neighborhood Police Control Council composed of fifteen members from that community elected by those who live there. Each department shall have five Community Council  divisions within it. (Or number of departments ratioed to population.)

The Councils shall have the power to discipline officers for breaches of Department policy or violations of law. (Against the people). They may direct their police Commissioner to  to make changes in department wide police policy by majority vote of the said department commissioners. The Council can recall the Commissioner appointed by it at any time it finds that he is no longer responsive to the community. The community can recall the council members when they are not responsive to it.

All police officers must live in the department they work in, and will be hired accordingly.