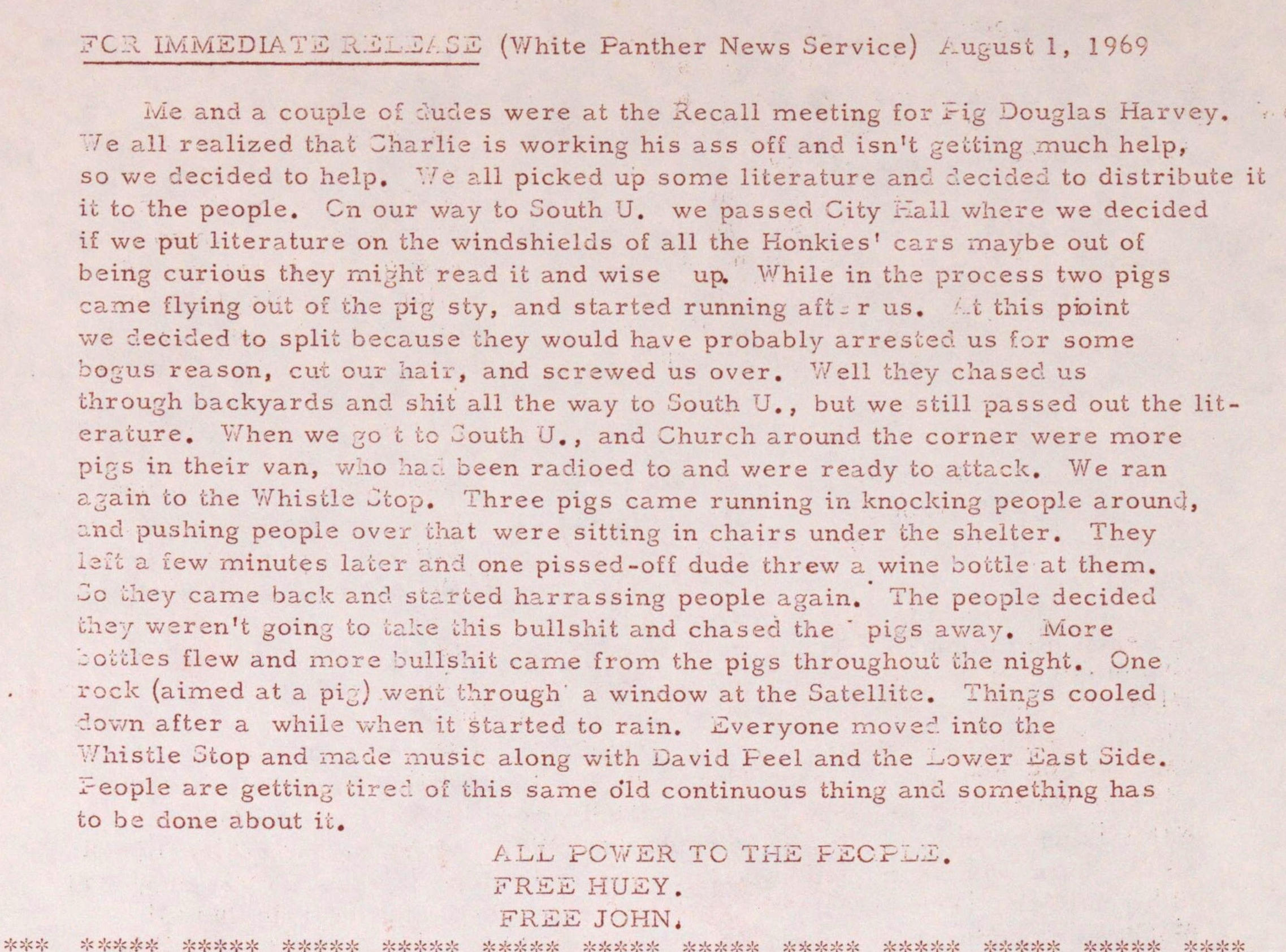 Me and a couple of dudes were at the Recall meeting for Pig Douglas Harvey. We all realized that Charlie is working his ass off and isn't getting much help, so we decided to help. We all picked up some literature and decided to distribute it to the people. On our way to South U. we passed City Hall where we decided if we put literature on the windshields of all the Honkies' cars maybe out of being curious they might read it and wise up. While in the process two pigs came flying out of the pig sty, and started running after us. At this point we decided to split because they would have probably arrested us for some bogus reason, cut our hair, and screwed us over. Well they chased us through backyards and shit all the way to South U., but we still passed out the literature. When we got to South U., and Church around the corner were more pigs in their van, who had been radioed to and were ready to attack. We ran again to the Whistle Stop, Three pigs came running in knocking people around, and pushing people over that were sitting in chairs under the shelter. They left a few minutes later and one pissed-off dude threw a wine bottle at them. So they came back and started harrassing people again. The people decided they weren't going to take this bullshit and chased the pigs away. More bottles flew and more bullshit came from the pigs throughout the night. One rock (aimed at a pig) went through a window at the Satellite. Things cooled down after a while when it started to rain. Everyone moved into the Whistle Stop and made music along with David Peel and the Lower East Side. People are getting tired of this same old continuous thing and something has to be done about it.

ALL POWER TO THE PEOPLE.