"a Shortage Of Signers" 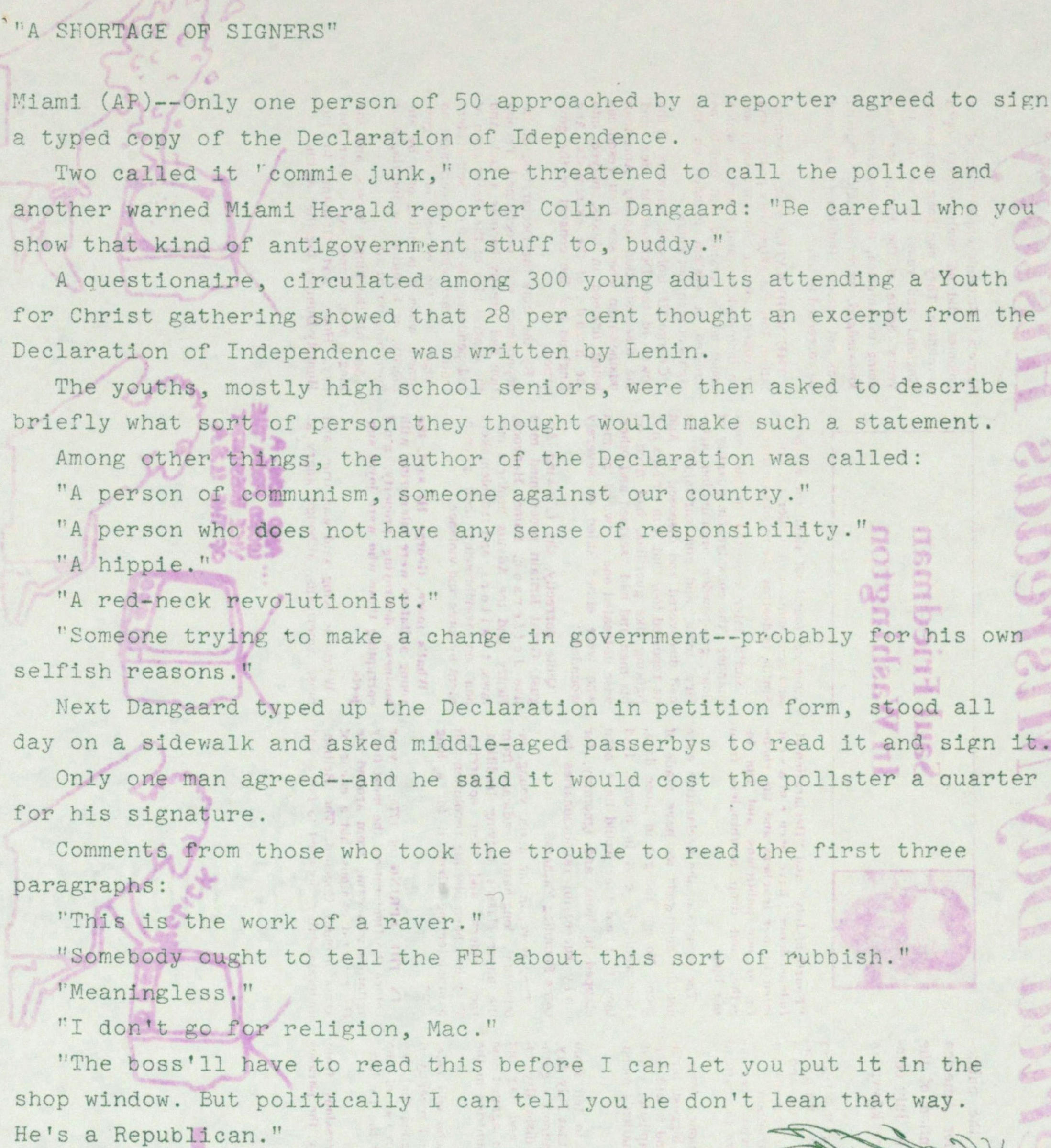 "A SHORTAGE OF SIGNERS"

Miami (AP) -- Only one person of 50 approached by a reporter agreed to sign a typed copy of the Declaration of Idependence.

Two called it "commie junk," one threatened to call the police and another warned Miami Herald reporter Colin Dangaard: "Be careful who you show that kind of antigovernment stuff to, buddy."

A questionaire, circulated among 300 young adults attending a Youth for Christ gathering showed that 28 per cent thought an excerpt from the Declaration of Independence was written by Lenin.

The youths, mostly high school seniors, were then asked to describe briefly what sort of person they thought would make such a statement.

Among other things, the author of the Declaration was called:

"A person of communism, someone against our country.:

"A person who does not have any sense of responsibility."

"Someone trying to make a change in government -- probably for his own selfish reasons."

Next Dangaard typed up the Declaration in petition form, stood all day on a sidewalk and asked middle-aged passerbys to read it and sign it.

Only one man agreed--and he said it would cost the pollster a quarter for his signature.

Comments from those who took the trouble to read the first three paragraphs:

"This is the work of a raver."

"Somebody ought to tell the FBI about this sort of rubbish."

"The boss'll have to read this before I can let you put it in the shop window. But politically I can tell you he don't lean that way. He's a Republican."