Coalition To Stp Serve The People 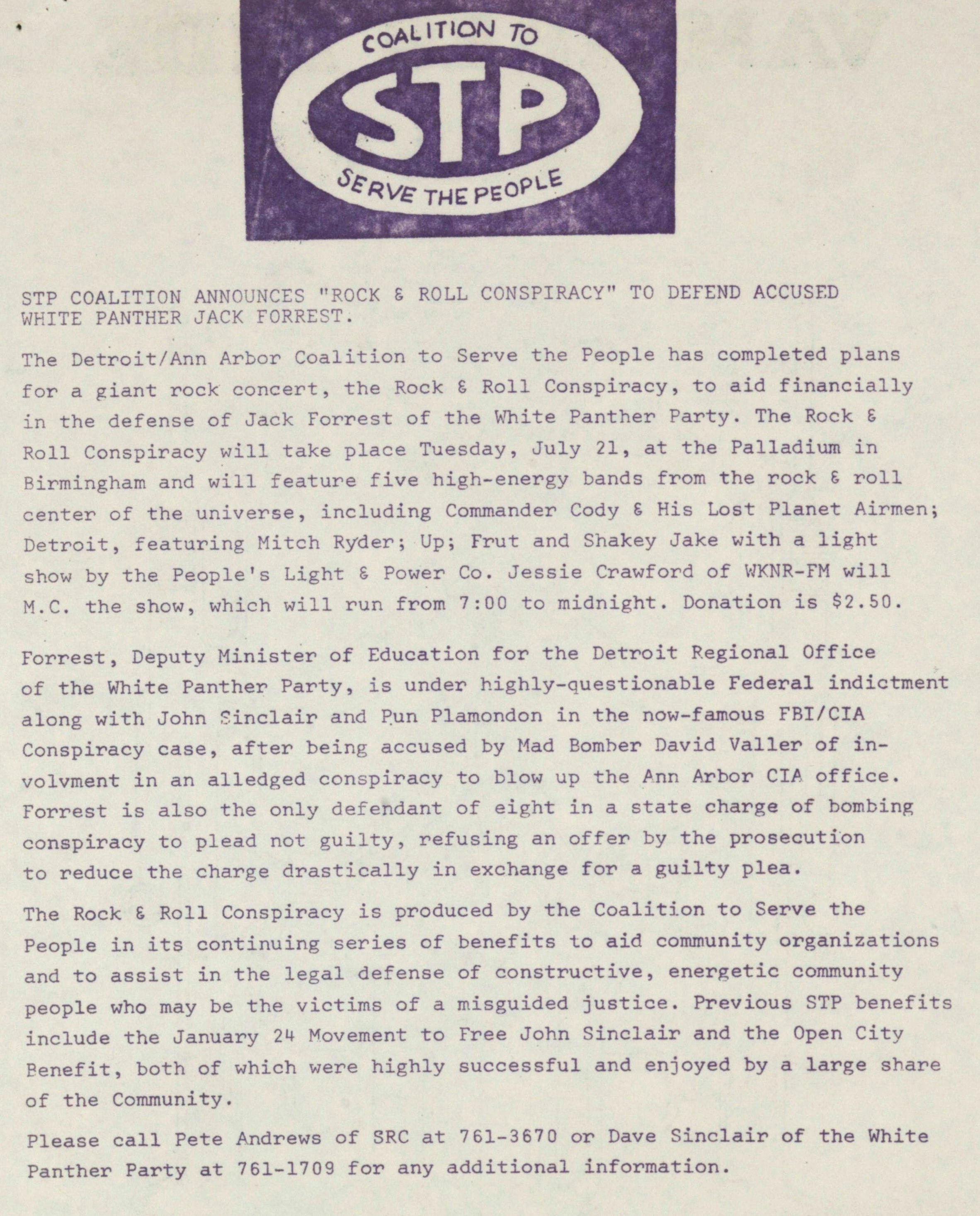 The Detroit/Ann Arbor Coalition to Serve the People has completed plans for a giant rock concert, the Rock & Roll Conspiracy, to aid financially in the defense of Jack Forrest of the White Panther Party. The Rock & Roll Conspiracy will take place Tuesday, July 21, at the Palladium in Birmingham and will feature five high-energy bands from the rock & roll center of the universe, including Commander Cody & His Lost Planet Airmen; Detroit, featuring Mitch Ryder; Up ; Frut and Shakey Jake with a light show by the People 's Light & Power Co. Jessie Crawford of WKNR-FM will M.C. the show, which will run from 7:00 to midnight. Donation is $2.50.

Forrest, Deputy Minister of Education for the Detroit Regional Office of the White Panther Party, is under highly-questionable Federal indictment along with John Sinclair and Pun Plamondon in the now-famous FBI?CIA Conspiracy case, after being accused by Mad Bomber David Valler of involvment in an alledged conspiracy to blow up the Ann Arbor CIA office. Forrest is also the only defendant of eight in a state charge of bombing conspiracy to plead not guilty, refusing an offer by the prosecution to reduce the charge drastically in exchange for a guilty plea.

The Rock & Roll Conspiracy is produced by the Coalition to Serve the People in its continuing series of benefits to aid community organizations and to assist in the legal defense of constructive, energetic community people who may be the victims of a misguided justice. Previous STP benefits include the January Movement to Free John Sinclair and the Open City Benefit, both of which were highly successful and enjoyed by a large share of the Community.

Please call Pete Andrews of SRC at 761-3670 or Dave Sinclair of the White Panther Party at 761-1709 for any additional information.