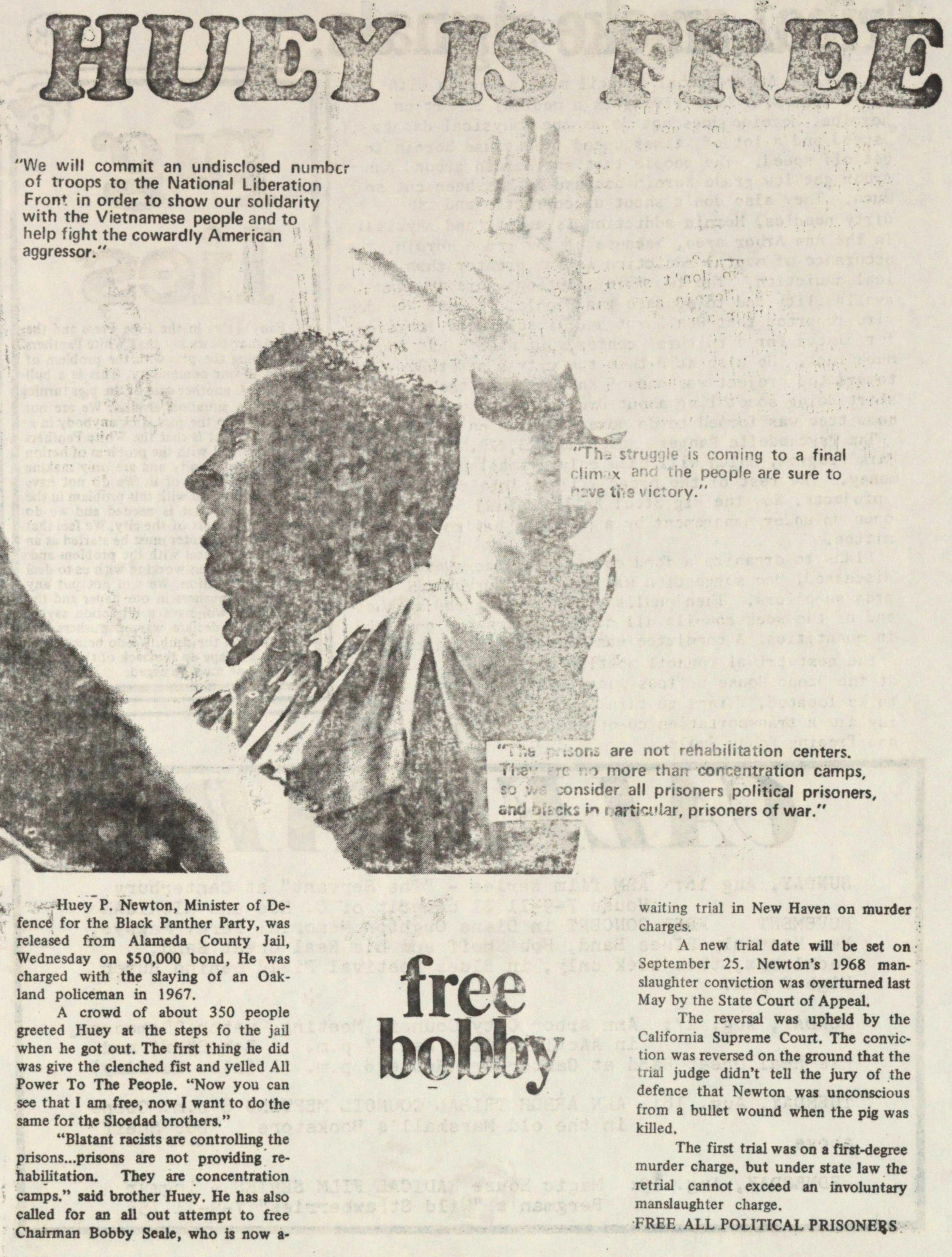 t Huey P. Newton, Minister of Defence for the Black Panther Party, was released from Alameda County Jail, Wednesday on $50,000 bond, He was charged with the slaying of an Oakland policeman in 1967. A crowd of about 350 people greeted Huey at the steps fo the jail when he got out. The first thing he did was give the clenched fist and yelled All Power To The People. "Now you can see that I am free, now I want to do the same for the Sloedad brothers." "Blatant racists are controlling the prisons...prisons are not providing rehabüitation. They are concentration camps." said brother Huey. He has also called for an all out attempt to free Chairman Bobby Seale, who is now waiting trial in New Haven on murder charges. : A new trial date will be set on September 25. Newton's 1968 manslaughter conviction was overturned last May by the State Court of Appeai. The reversal was upheld by the California Supreme Court. The conviction was reversed on the ground that the trial judge didn't teil the jury of the defence that Newton was unconscious from a bullet wound when the pig was killed. The first trial was on a first-degree murder charge, but under state law the retrial cannot exceed an involuntary manslaughter charge. FREE ALL POL1TICAL PRISONEgS "We will commit an undisclosed numbcr of troops to the National Liberation Front in order to show our solidarity with the Vietnamese people and to help f ight the cowardly American aggressor." struyjle s coming to a final dim x e people are sure to 2Vf ti"S victory." ""-. !',h . . are not rehabilitaron centers. more thar? concentration camps, onsider all prisoners pnlitical prisoners, and "jircki n t arti'U'Lgr, prisoners of war."