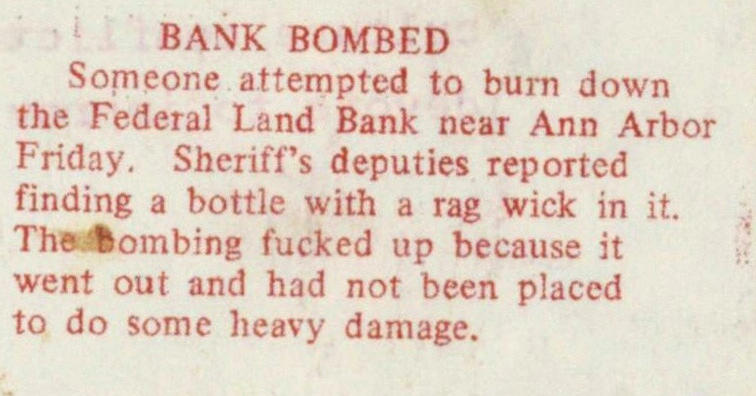 Someone attempted to burn down the Federal Land Bank near Ann Arbor Friday. Sheriff's deputies reported finding a bottle with a rag wick in it. The bombing fucked up because it went out and had not been placed to do some heavy damage.