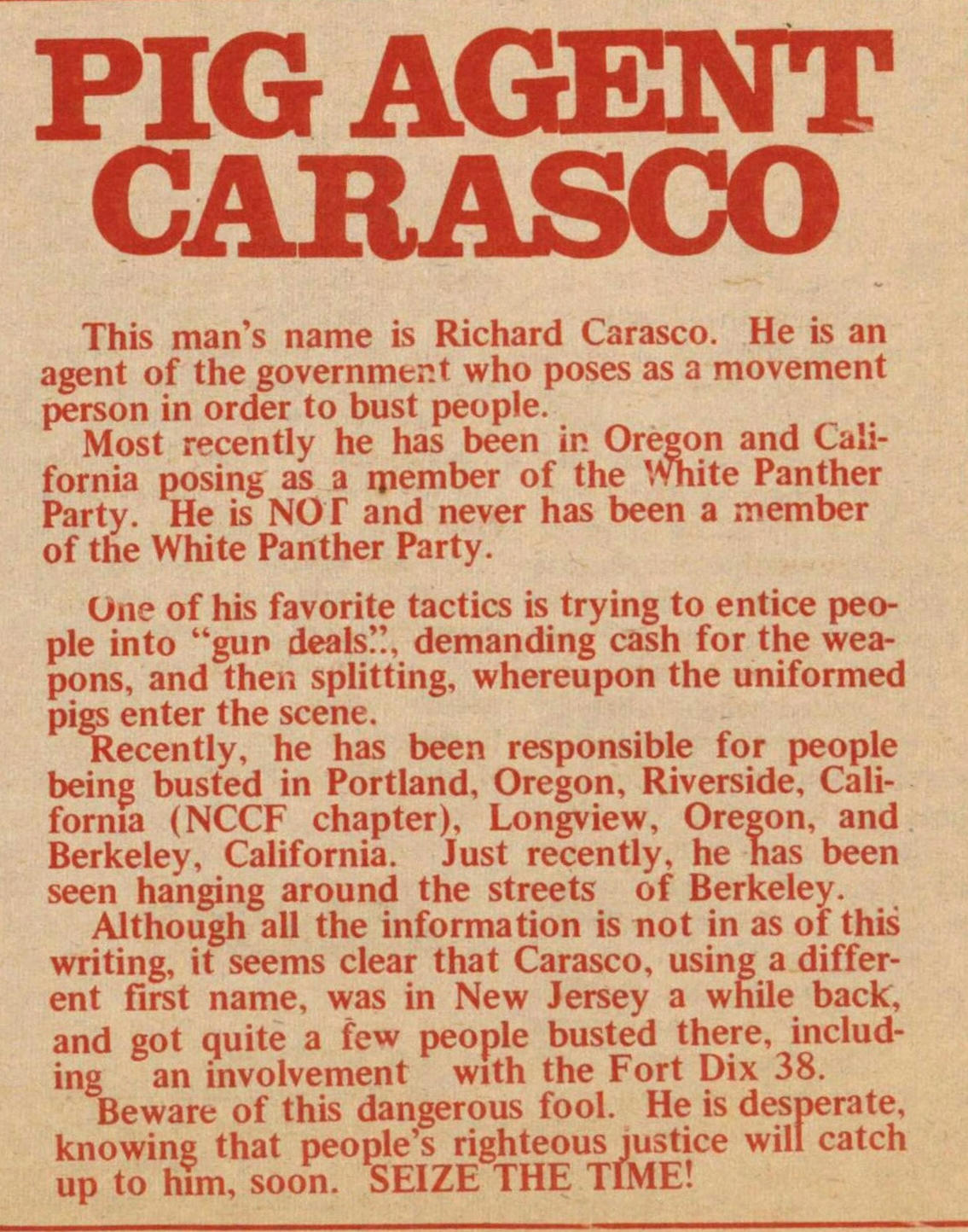 This man's name is Richard Carasco. He is an agent of the government who poses as a movement person in order to bust people.

One of his favorite tactics is trying to entice people into "gun deals..., demanding cash for the weapons, and then splitting, whereupon the uniformed pigs enter the scene.

Although all the information is not in as of this writing, it seems clear that Carasco, using a different first name, was in New Jersey a while back, and got quite a few people busted there, including an involvement with the Fort Dix 38.

Beware of this dangerous fool. He is desperate, knowing that people's righteous justice will catch up to him, soon. SEIZE THE TIME!