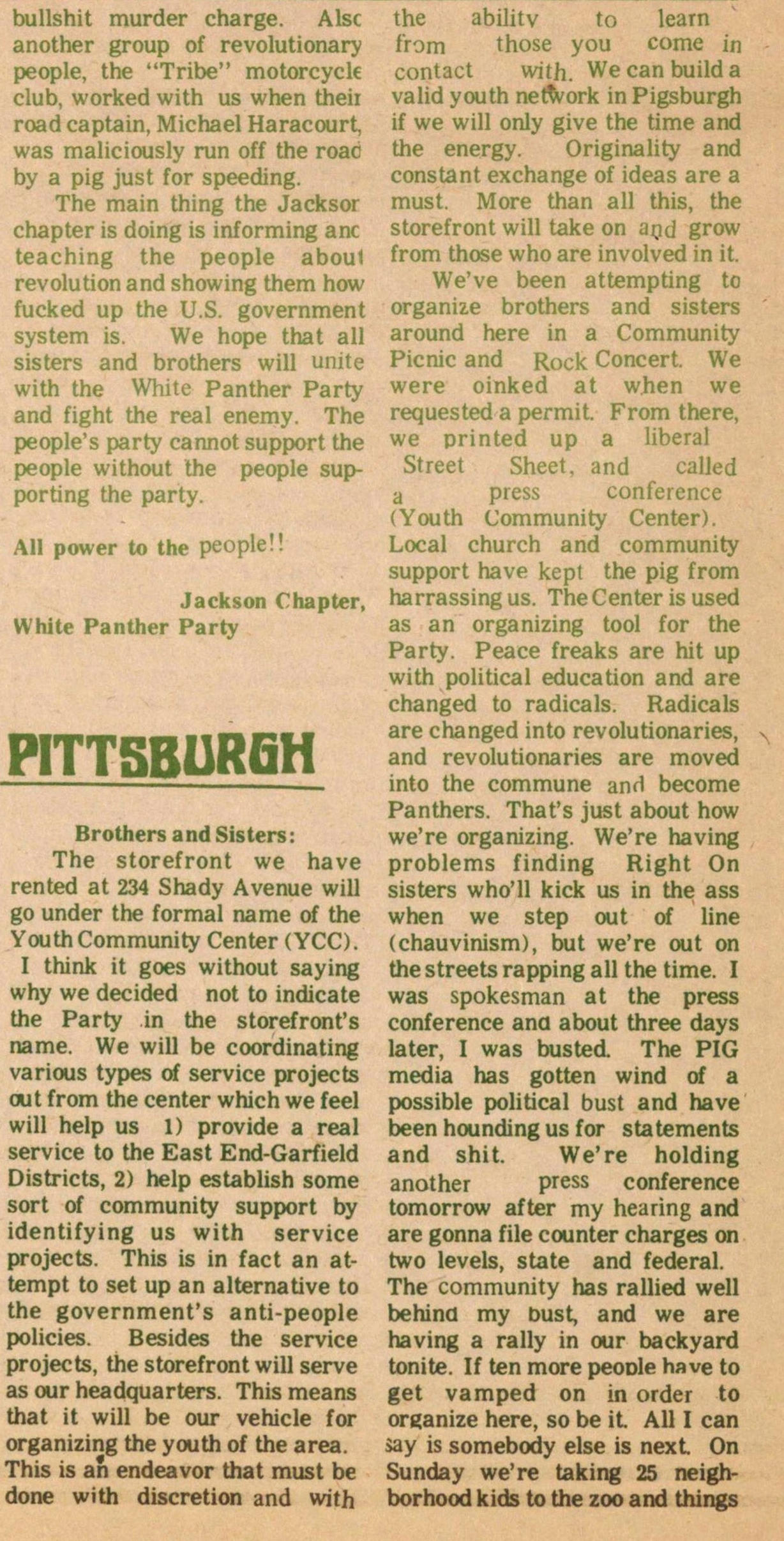 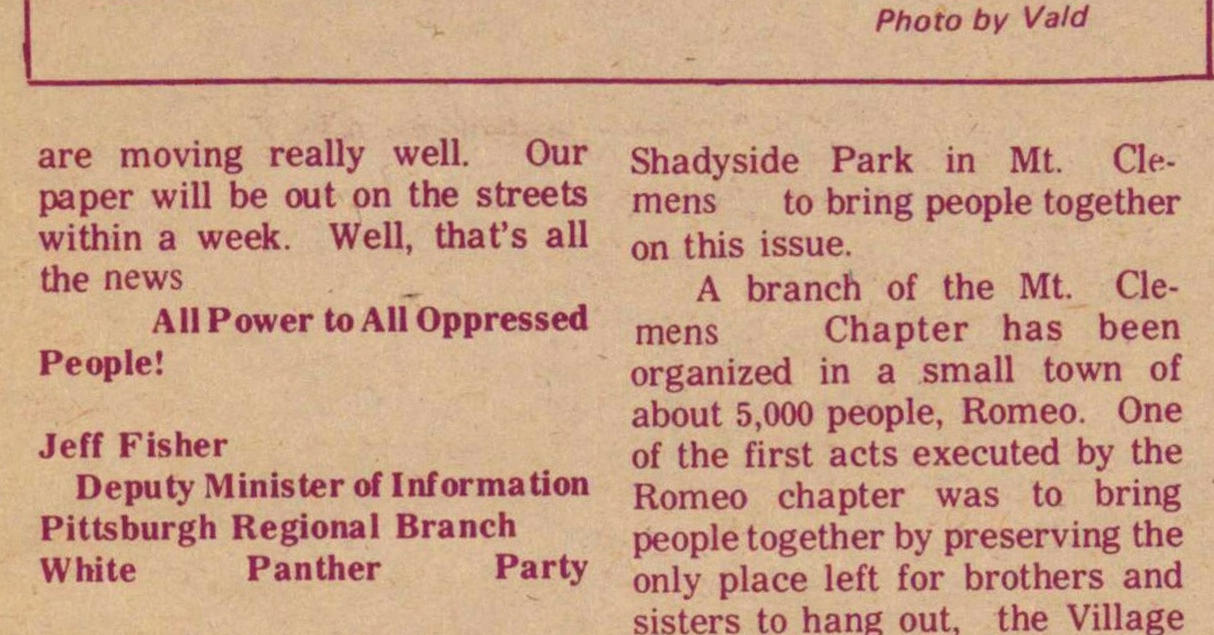 bullshit murder charge. Also another group of revolutionary people, the "Tribe" motorcycle club, worked with us when their road captain, Michael Haracourt, was maliciously run off the road by a pig just for speeding.

The storefront we have rented at 234 Shady Avenue will go under the formal name of the Youth Community Center (YCC). I think it goes without saying why we decided no to indicate the Party in the storefront's name. We will be coordinating various types of service projects out from the center which we feel will help us 1) provide a real service to the East End-Garfield Districts, 2) help establish some sort of community support by identifying us with service projects. This is in fact an attempt to set up an alternative to the government's anti-people policies. Besides the service projects, the storefront will serve as our headquarters. This means that it will be our vehicle for organizing the youth of the area. This is an endeavor that must be done with discretion and with the ability to learn from those you come in contact with. We can build a valid youth network in Pigsburg if we will only give the time and the energy. Originality and constant exchange of ideas are a must. More than all this, storefront will take on and grow from those who are involved in it.

We've been attempting to organize brothers and sisters around here in a Community Picnic and Rock Concert. We were oinked at when we requested a permit. From the store we printed up a liberal Street Sheet, and called a press conference (Youth Community Center). Local church and community support have kept the pig from harassing us. The Center is used as an organizing tool for the Party. Peace freaks are hit with political education and are changed to radicals. Radicals are changed into revolutionaries and revolutionaries and moved into the commune and become Panthers. That's just about how we're organizing. We're having problems finding Right sisters who'll kick us in the ass when we step out of line (chauvinism), but we're out in the streets rapping all the time. I was spokesman at the press conference and about three days later, I was busted. The Pig media has gotten wind of the possible political bust and has been hounding us for statements and shit. We're holding another press conference tomorrow after my hearing and are gonna file counter charges at two levels, state and federal. The community has rallied well behind my bust, and we are having a rally in our backyard tonite. If ten more people have to get vamped on in order to organize here, so be it. All I can say is somebody else is next. Sunday we're taking 25 neighborhood kids to the zoo and things

are moving really well. Our paper will be out on the streets within a week. Well, that's all the news.

All Power to All Oppressed People!

Shadyside Park in Mt. Clemens to bring people together on this issue.

A branch of the Mt. Clemens Chapter has been organized in a small town of about 5,000 people, Romeo. One of the first acts executed by the Romeo chapter was to bring people together by preserving the only place left for brothers and sisters to hang out, the Village